Will ‘forever boosting’ beat the coronavirus? 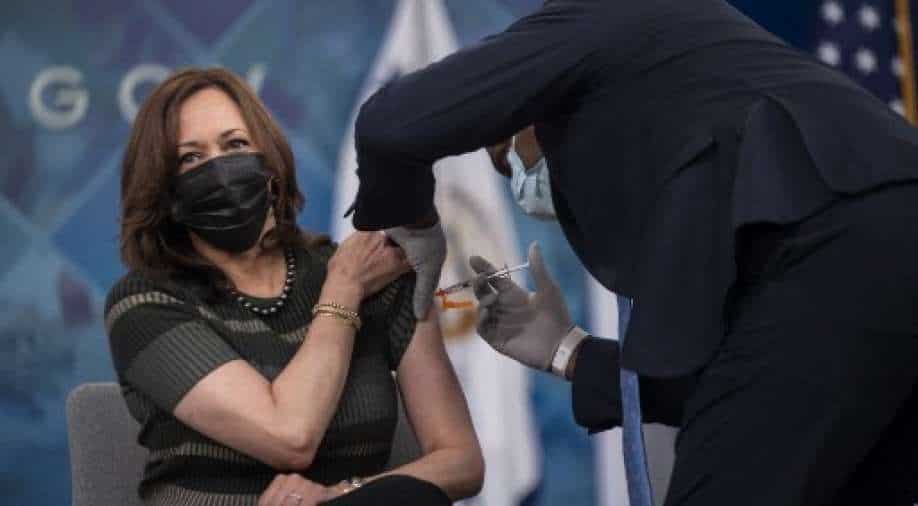 A year ago, just two doses of a COVID-19 vaccine — or even one, in the case of Johnson & Johnson’s formulation — were thought to offer sufficient protection against the coronavirus.

Now, faced with the extraordinarily contagious omicron variant, Israel has begun offering fourth doses to some high-risk groups. On Wednesday, the Centers for Disease Control and Prevention expanded eligibility for boosters to adolescents and backed away from describing anyone as “fully vaccinated” because two shots no longer seem adequate.

Instead, one’s vaccination status will now be “up to date” — or not. It’s no surprise that many Americans are wondering: Where does this end? Are we to roll up our sleeves for booster shots every few months?

Humbled repeatedly by a virus that has defied expectations, scientists are reluctant to predict the future. But in interviews this week, nearly a dozen said that whatever happens, trying to boost the entire population every few months is not realistic. Nor does it make much scientific sense.

“It’s not unheard-of to give vaccines periodically, but I think there are better ways than doing boosters every six months,” said Akiko Iwasaki, an immunologist at Yale University. Other strategies, she said, could “get us out of this forever-boosting kind of a situation.”

For starters, persuading people to line up for shots every few months is probably a losing proposition. About 73% of American adults are fully vaccinated, but so far just over a third have opted for a booster.

“This doesn’t seem to be a sustainable long-term strategy, for sure,” said Deepta Bhattacharya, an immunologist at the University of Arizona.

Just as important, there are no data to support the effectiveness of a fourth dose of the current vaccines. (The calculus is different for people with impaired immune systems, who might well benefit from a fourth dose.)

Booster shots undoubtedly increase antibody levels and help to prevent infection — and, as a result, may relieve pressure on the health care system by temporarily slowing the spread of the virus. The experts all said that given the omicron surge, Americans should get a third dose as soon as possible.

But the immunity boost is transient; already preliminary studies are showing a decline in antibody levels just weeks after a third dose. And even at peak antibody levels, the boost does not uniformly prevent infection with omicron, which is less vulnerable to the body’s immune defenses.

“Even with that amount of antibody, it’s very hard to stop the virus for very long,” said Shane Crotty, a virus expert at the La Jolla Institute for Immunology in California. “It’s a much higher bar now than before, and maybe an omicron-specific vaccine would do a better job.”

Pfizer-BioNTech, Moderna and Johnson & Johnson have all said that they are testing vaccines targeting omicron that may become available in a few months.

“It doesn’t make sense to keep boosting against a strain that’s already gone,” said Ali Ellebedy, an immunologist at Washington University in St. Louis. “If you are going to add one more dose after three, I would definitely wait for an omicron-based one.”

If the goal is to boost immunity against omicron or future variants, other tactics would be better than continual boosts of a vaccine designed to recognize the original virus, experts said.

Some research teams are developing a so-called pan-coronavirus vaccine designed to target parts of the virus that would change very slowly or not at all.

The current vaccines could be combined with boosters of nasal or oral vaccines, which are better at preventing infection because they coat the nose and other mucosal surfaces — the entry points for the virus — with antibodies.

And simply allowing more time between vaccine doses might also strengthen immunity, a lesson scientists learned in fights against other pathogens.

Many experts were initially opposed to the idea of a booster shot at all. Some believed the original vaccine regimens were enough to keep most people out of the hospital, and that this should be the true measure of a vaccine’s success.

Others felt it was unfair for wealthy countries to hoard the vaccine for booster shots when millions worldwide had yet to receive a first dose.

But the perspective shifted when scientists saw omicron’s rapid and unrelenting march across the world. “Omicron really did change my thinking about this,” said Scott Hensley, an immunologist at the University of Pennsylvania.

He and others now support a third dose. But they see little use in following Israel’s path and rolling out a fourth, arguing that other parts of the immune system — like T cells and B cells — are holding steady against the virus after three doses, and perhaps even after two.

While these immune cells cannot prevent infection, they ease the severity of symptoms and keep hospitalizations low.

“People that are vaccinated really are doing very well in terms of hospitalization,” said Michel Nussenzweig, an immunologist at Rockefeller University in New York. Omicron has made it clear that preventing all infections is a lost cause, he added.

If the vaccines prevented infection and spread of the virus, regular boosters might make sense. “But with omicron, what’s the point?” Nussenzweig said. “The endgame is keeping people out of the hospital.”

Last fall, Dr. Anthony Fauci, the nation’s top pandemic adviser, repeatedly spoke of the importance of preventing symptomatic infections. But in recent days he, too, has been saying that it is hospitalizations that truly matter.

In order to prevent infections, booster shots must be exquisitely timed to a variant’s circulation in the population. Many people who got a third dose early in the fall, for example, were left vulnerable to omicron because the immune boost had already subsided.

Generally, people are told to get vaccinated against influenza just before the virus starts circulating in winter. If the coronavirus settles into a flulike seasonal pattern, as it seems possible, “you can imagine a scenario where we simply give boosters before the winter each year,” Hensley said.

Lessons from flu season also suggest that frequent vaccination is unlikely to be helpful. Giving the flu vaccine twice a year “has a diminishing return, and so it may not make sense to do vaccination so frequently,” said Ben Cowling, a public health researcher at the University of Hong Kong. “For the initial doses that people receive the responses get better and better, but then there’s a turning point.”

“I think it’ll be difficult to get high uptake with more frequent vaccinations,” he added.

Some experts have raised concerns that getting boosters too often — as some people are doing on their own — may even be harmful. In theory, there are two ways in which it could backfire.

Most immunologists now dismiss as improbable the first possibility, in which the immune system is exhausted by repeated stimulation — a condition called “anergy” — and stops responding to coronavirus vaccines. “We’re not really seeing these weird memory cells that are indicative of anergy or dysfunction,” Bhattacharya said.

The second worry, called “original antigenic sin,” seems more plausible. In this view, the immune system’s response is tailored to the first version of the virus, and its responses to subsequent variants are much less powerful.

With more than 50 mutations, omicron is different enough from previous variants that antibodies made for the original version of the virus struggle to recognize the latest version.

“We have enough clues that it could be a problem,” said Dr. Amy Sherman, a vaccine expert at Harvard University. “We’ve certainly seen evolution in a short period of time.”

The speedy evolution of the virus occurs in large part because it has access to huge numbers of human hosts. If cases continue to accumulate at the current rate, or something close to it, the virus may continue to amass major changes — meaning the vaccines might need to be regularly updated.

But if the pandemic slows in most parts of the world, it may limit opportunities for the virus to emerge in a radically different form. And that’s an argument for helping other nations immunize their populations rather than boosting our own, Hensley said.

Americans would also be better served by adopting strategies other than vaccines to control spread of the virus, some experts said. In the case of pneumococcus, for example, immunizing children indirectly protects older adults by limiting transmission.

Improving ventilation in schools would limit spread of the coronavirus among children and all of their contacts, said Sarah Cobey, an evolutionary biologist at the University of Chicago.

“If we just go back to how we were prepandemic, and we don’t make any sort of lasting changes to schools, kids could be proportionately driving a lot of transmission,” she said.

For the United States to adopt any strategy, whether it is periodic boosters or other approaches, the Biden administration must first define what it is trying to accomplish, experts said.

Preventing infections would require a very different approach than preventing hospitalizations, for example.

“We’re going somewhere fast, but we don’t know where we’re going,” said Natalie Dean, a biostatistician at Emory University in Atlanta. “Whatever the future holds, it just needs to be clear what the goal is.”