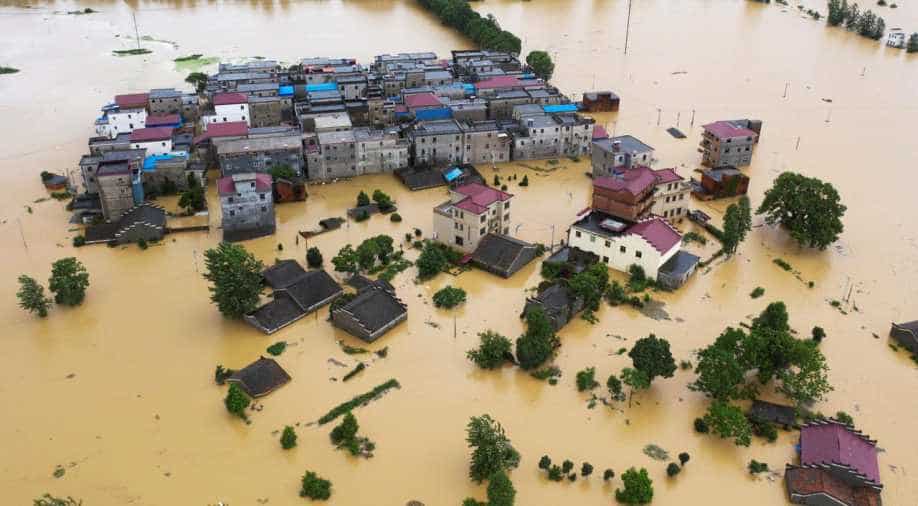 A flood red alert has been declared in the city of Wuhan, the birthplace of virus.

As COVID-19 continues to infect thousands, floods triggered by heavy rainfall have inundated several parts of Asia. Hundreds dead and millions affected. Widespread floods caused by continuous heavy rains have been ravaging Asia. Floods this year in parts of China have been described as the worst in 30 years.

Vast swathes of the country have been inundated along the Yangtze river, destroying homes and impacting the livelihoods of millions of people. Heavy rains since June have left at least 141 people dead or missing. The highest average rainfall levels since 1961 have been reported across the Yangtze basin.

A flood red alert has been declared in the city of Wuhan, the birthplace of virus.  Wuhan sits on the banks of the Yangtze river. Authorities in central China have blasted a dam to release surging waters amid heavy flooding. According to Chinese state broadcasters, the dam on a tributary of the Yangtze river was destroyed with explosives. Critics say the flooding has worsened over the decades due to rampant over-development and poor policies such as overbuilding of dams.

Nearly four million people in the Indian state of Assam and neighbouring Nepal have been displaced by flash flooding due to monsoon rains. Large parts of Nepal & India have been inundated.

189 people have reportedly lost their lives while dozens have gone missing. River Brahmaputra has been flowing above the danger mark in several parts. 24 districts in Assam have been affected so far.

The Kaziranga national park in assam is home to the world's largest population of one-horned rhinos. More than 100 wild animals, including at least eight rare rhinos have died due to the flooding. Almost 85 per dent of the park is now under water.

170 animals have been rescued, including a female rhino calf.