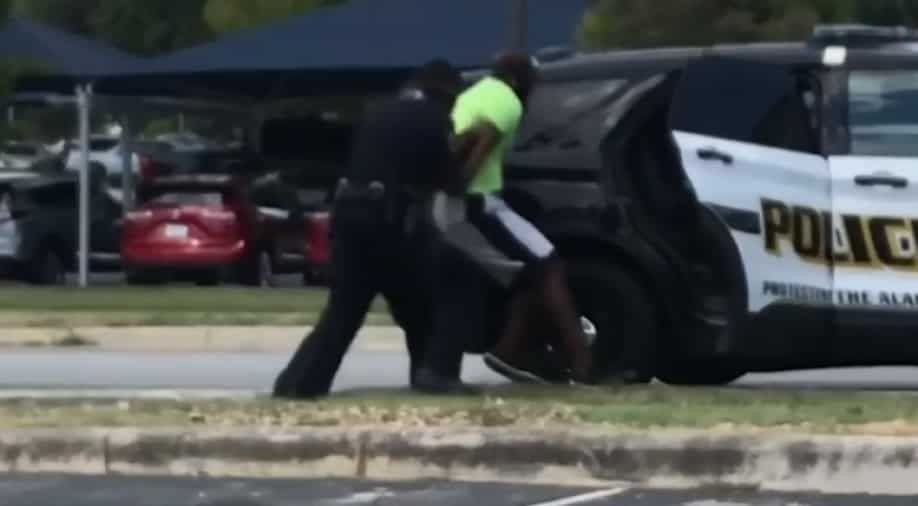 The Tuesday incident ensued as officers searched for a suspect in a nearby domestic violence call.

A video has emerged showing a Black man in San Antonio of the US being stopped and detained by police while he was jogging. The arrested man has been identified in a police report as Mathias Ometu.

The Tuesday incident ensued as officers searched for a suspect in a nearby domestic violence call.

Video of the incident posted to social media shows officers forcefully shoving the man into a police vehicle as he screams.

Officers stopped the 33-year old and told him they had "reasonable suspicion to believe" he "matched the description of an alleged strangulation family violence incident," the police report said.

The report added Ometu refused to give his name and date of birth after several requests and his "demeanour became aggressive."

During the incident, Ometu allegedly kicked two officers, striking one in the face, the police report said.

The victim of the family violence incident met officers and said Ometu was not the suspect.

He was then arrested and charged with two counts of assault on a peace officer, a statement from the San Antonio Police Department said.

However, bystanders who witnessed the arrest and filmed the interaction between Ometu and police, told CNN that Ometu did not seem aggressive or confrontational toward the officers.

The video shows officers struggling with Ometu to push him into the back of a police vehicle and he is heard yelling, "You're choking me!" several times as the struggle continues for over a minute.

San Antonio Mayor Ron Nirenberg said in a tweet Thursday that he is "seeking a full account of this incident, which is currently under investigation."