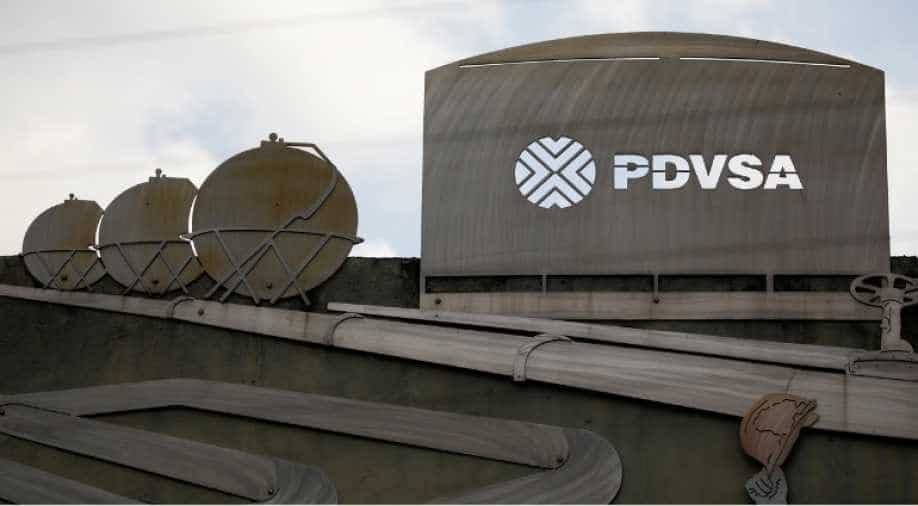 Venezuela's state-run oil company PDVSA is telling customers of its joint ventures to deposit oil sales proceeds in an account recently opened at Russia's Gazprombank AO, according to sources and an internal document seen by Reuters on Saturday.

Supporters of Venezuelan opposition leader and self-proclaimed interim president Juan Guaido said recently that a fund would be established to accept proceeds from sales of Venezuelan oil.

The United States and dozens of other countries have recognized Guaido as the nation's legitimate head of state. Maduro has denounced Guaido as a US puppet seeking to foment a coup.

PDVSA also has begun pressing its foreign partners holding stakes in joint ventures in its key Orinoco Belt producing area to formally decide whether they will continue with the projects, according to two sources with knowledge of the talks.

"We would like to make formal your knowledge of new banking instructions to make payments in US dollars or euros," wrote PDVSA's finance vice president, Fernando De Quintal, in a letter dated February 8 to the PDVSA unit that supervises its joint ventures.

State-run PDVSA several weeks ago informed customers of the new banking instructions and has begun moving the accounts of its joint ventures, which can export crude separately. The decision was made amid tension with some of its partners, which have withdrawn staff from Caracas since US sanctions were imposed in January.

The sanctions gave US oil companies working in Venezuela, including Chevron and oil service firms Halliburton Co, General Electric Co's Baker Hughes and Schlumberger NV, a deadline to halt all operations in the South American country. The European Union has encouraged member countries to recognize a new temporary government led by Guaido until new elections can be held. Europe also has said it could impose financial sanctions to bar Maduro from having access to oil revenue coming from the region.

Maduro has overseen an economic collapse in the oil-rich OPEC country that has left many Venezuelans malnourished and struggling to find medicine, sparking the exodus of an estimated 3 million Venezuelans.

Sanctions designed to deprive Maduro of oil revenue have left an armada of loaded oil tankers off Venezuela's coasts that have not been discharged by PDVSA's customers due to payment issues. The bottleneck has caused problems for PDVSA to continue producing and refining oil without imported diluents and components.

PDVSA also ordered its Petrocedeno joint venture with Equinor and Total to halt extra-heavy oil output and upgrading due to a lack of naphtha needed to make the production exportable, as the sanctions prohibit US suppliers of the fuel from exporting to Venezuela.