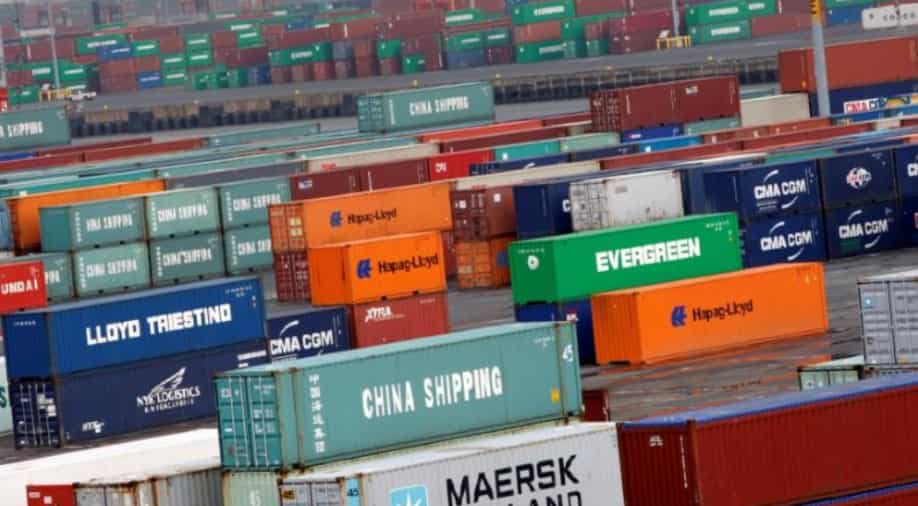 The US trade deficit increased to a more than nine-year high in January, with the shortfall with China widening sharply, suggesting that President Donald Trump’s “America First” trade policies are unlikely to have a material impact on the deficit.

The trade deficit continues to widen a year into the Trump presidency. Trump, who claims that the United States is being taken advantage of by its trading partners, has imposed tariffs on imports of some goods to shield domestic industries. The protectionist measures have sparked fears of a trade war.

The Commerce Department said on Wednesday the trade gap jumped 5.0 percent to $56.6 billion. That was the highest level since October 2008 and exceeded economists’ expectations of an increase to $55.1 billion. Part of the rise in the trade deficit in January reflected commodity price increases.

While these actions may prove politically popular with Trump’s working-class political base, especially in states hard-hit by factory closures and import competition, analyst warns they could undercut economic growth.

There are fears that the tariffs could jeopardize talks on the North American Free Trade Agreement (NAFTA) linking Canada, Mexico and the United States. Trump ordered a renegotiation of the trade pact to offer terms more favourable to Washington.

Trump’s “America First” trade policies are part of an attempt to boost annual economic growth to 3 percent on a sustainable basis. The government in January slashed corporate and individual income taxes.

But with the economy almost at full employment, the increase in demand spurred by the $1.5 trillion tax package will probably be satisfied with imports, further worsening the trade deficit.

In a separate report on Wednesday, ADP Research Institute said U.S. private employers added 235,000 jobs in February. The report, which is jointly developed with Moody’s Analytics, was published ahead of the government’s more comprehensive employment data on Friday.

According to a Reuters survey of economists, nonfarm payrolls probably increased by 200,000 jobs last month, matching January’s gains. The unemployment rate is forecast falling one-tenth of a percentage point to 4.0 percent, which would be the lowest level since December 2000.

US financial markets were little moved by the data.

The surge in the January trade deficit was flagged by an advance goods trade deficit report last week. When adjusted for inflation, the trade deficit increased to $69.7 billion from $68.5 billion in December.

The so-called real trade deficit is above the fourth-quarter average of $66.8 billion. This suggests trade would subtract from first-quarter gross domestic product unless the deficit shrinks in February and March. Trade sliced 1.13 percentage point from fourth-quarter GDP growth.

The economy grew at a 2.5 percent annualized rate during that period. In January, exports fell 1.3 percent to $200.9 billion as shipments of civilian aircraft and crude oil declined. But exports of consumer goods rose to a record high and those of motor vehicles, parts and engines were the highest since July 2014.

Productivity grew at a 2.6 percent rate in the third quarter. Sluggish productivity could make it difficult for the Trump administration to achieve its 3 percent growth target. Annual economic growth has not surpassed 3 percent since 2005. Gross domestic product expanded 2.3 percent in 2017.