US shooting: Six killed, including one policeman in New Jersey 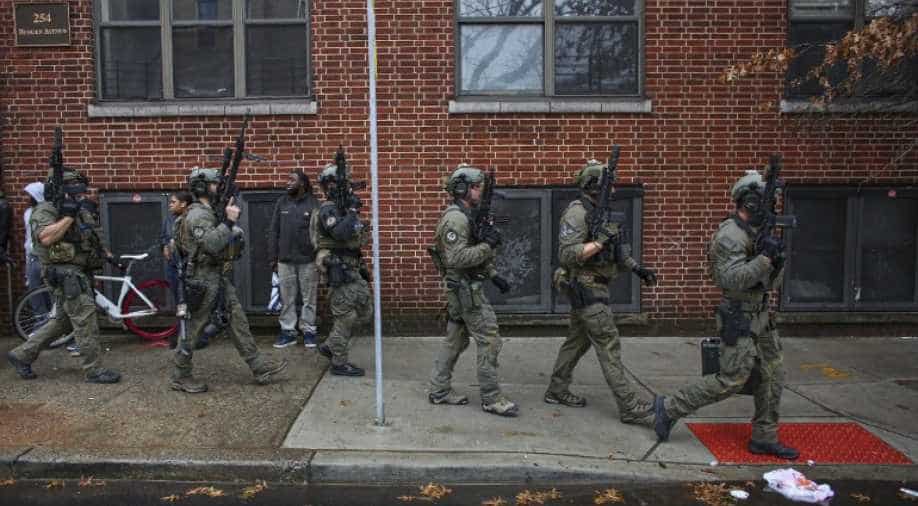 The Jersey City police chief said that it is not immediately clear whether the act was a hate crime or terror-related.

Six people, including one policemen and two suspects, were killed in an hours-long shootout near a cemetery and a grocery store in Jersey City, New Jersey, on Tuesday afternoon.

"Our officers were under fire for hours," Jersey City Police Chief Michael Kelly told reporters after the incident. Kelly also said that it is not immediately clear whether the act was a hate crime or terror-related.

The police chief said that the two suspects acted alone.

Kelly said that the shootout began during the noon at the cemetery and ended in the JC Kosher Supermarket.

The two suspected gunmen and three civilian victims were killed inside the supermarket and the slain police detective was found fatally wounded near the cemetery about a mile away from where the shooting apparently began as he tried to intercept one of the gunmen, the police chief said.

Kelly said that as per the investigation, the U-Haul vehicle might contain an "incendiary device," adding that the device is removed and under examination by the bomb squad.

Two more cops got injured in the shooting spree but were later released from the hospital after getting recovered.

New York Mayor Steven Fulop said that the police officer killed in the shootout was identified as Joe Seals, a married father of five children.

US President Donald Trump, in a tweet, described the shootout "horrific" and expressed his condolences to the victims and their families.

"Just received a briefing on the horrific shootout that took place in Jersey City, NJ. Our thoughts & prayers are w/ the victims & their families during this very difficult & tragic time.

"We will continue to monitor the situation as we assist local & state officials on the ground," Trump wrote.

Immediately post the incident, all schools in Jersey city were placed on lockdown, which was later lifted in the afternoon, as per reports from local media and the mayor.