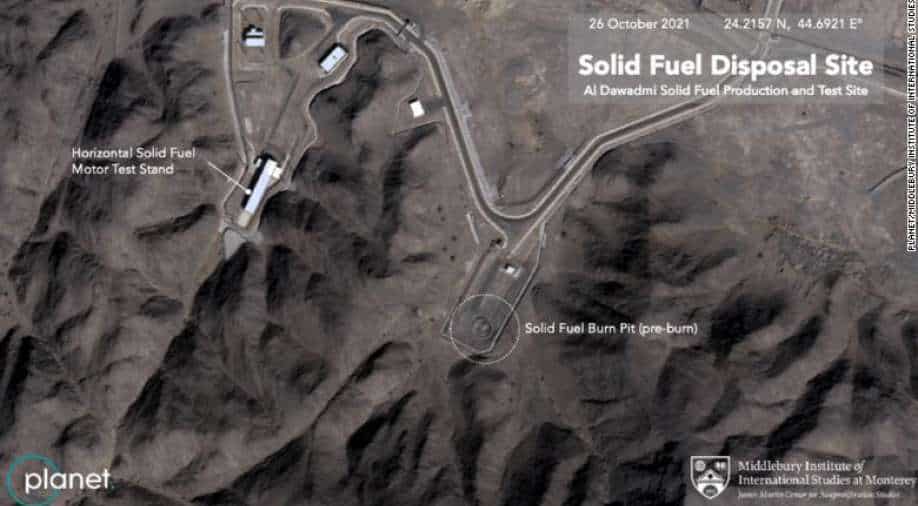 There could also be diplomatic complications with the US response. Especially with the Biden administration trying to reengage Beijing on several high-priority policy issues, including climate change, trade, and the pandemic, any US response may be complicated by diplomatic considerations with China. (Picture courtesy: CNN) Photograph:( Others )

Intelligence agencies in the United States have determined that Saudi Arabia is now manufacturing ballistic missiles with China's assistance, a development that could have significant implications for the Middle East and complicate efforts by the Biden administration to contain Iran's nuclear ambitions, Saudi Arabia's perennial foe.

As per a report by CNN, the Saudis have historically bought ballistic missiles from China, but have never been able to build their own, until now. CNN also obtained satellite images suggesting the Kingdom is manufacturing weapons in one or more locations.

Now the Biden administration is facing increasingly pressing questions about whether Saudi Arabia's ballistic missile advances will change regional power dynamics. This can potentially complicate efforts to include missile technology restrictions in a nuclear deal with Iran, a goal shared by the US, Europe, Israel and the Gulf countries.

Saudi Arabia and Iran are bitter enemies, and Tehran is unlikely to agree to stop making ballistic missiles if Saudi Arabia has already begun manufacturing its own.

Also read | They 'left the deal': Iran says US should 'take first step' in revival of 2015 nuclear deal

There could also be diplomatic complications with the US response. Especially with the Biden administration trying to reengage Beijing on several high-priority policy issues, including climate change, trade, and the pandemic, any US response may be complicated by diplomatic considerations with China.

An official in the Biden administration told CNN that it is simply a matter of calibrating.

Both the National Security Council and the CIA declined to comment.

The report states that when asked if sensitive ballistic missile technology has recently been transferred between China and Saudi Arabia, the Chinese Foreign Ministry explained that the two countries are "comprehensive strategic partners" and that they maintain friendly cooperation in all areas, including military trade.

There is no violation of international law in such cooperation, and it does not involve the proliferation of weapons of mass destruction, the statement added.

The range and payload of the ballistic missiles Saudi Arabia is building at this site are still not known.