US election 2020: Can United States Supreme Court be the final arbiter? 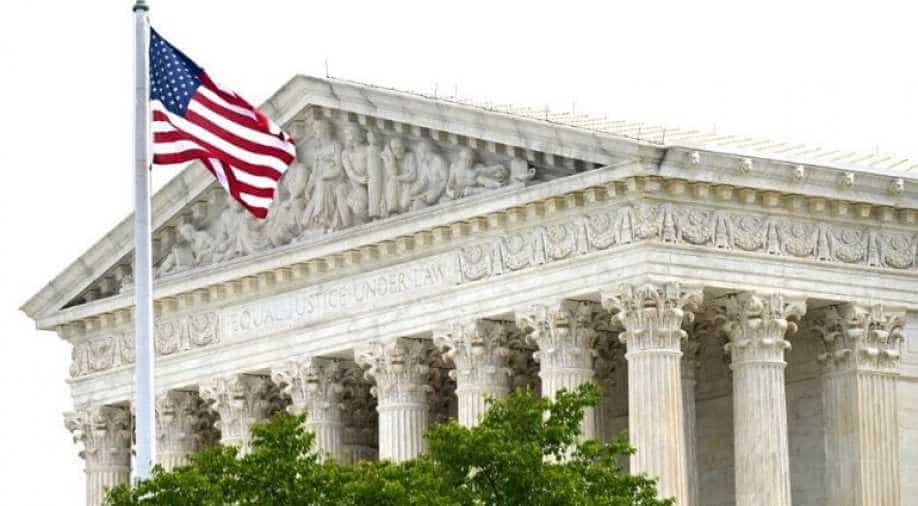 In US elections 2020, both Donald Trump and Joe Biden are running neck-and-neck. Trump even declared his victory before the official count ended, while Joe Biden announced that he will emerge victorious after all the votes are counted, especially in battleground states that are still counting votes

US election 2020: In US elections 2020, both Donald Trump and Joe Biden are running neck-and-neck. Trump even declared his victory before the official count ended, while Joe Biden announced that he will emerge victorious after all the votes are counted, especially in battleground states that are still counting votes. | Live updates on US election

Trump recently claimed that his administration would involve the US Supreme Court in a bid to halt counting of votes, which according to the incumbent Republican president is causing election fraud in the country.

But many analysts have posited that the US SC may not be the final arbiter in this election.

With a fierce battle in key states of Michigan and Pennsylvania, Trump had claimed that the delay in counting increases the chances of fraud voting. This was the first time in history that so many Americans exercised their franchise, with many voting early, and others voting through mail-in ballots, which the Republicans have tried to invalidate multiple times.

Fraud is rare in US elections, and there is no evidence of any cheating happening due to mail-in voting. "This is a major fraud on our nation. We want the law to be used in a proper manner. So we'll be going to the US Supreme Court. We want all voting to stop”, Trump had announced.

Without divulging any details of what Trump administration intends to do in terms of litigation, Trump’s team is attempting to throw open a pending case which seeks to block mail-in ballots that are showing up late in the battleground state of Pennsylvania. In Michigan too, the Trump admin wants counting to stop.

Many analysts told Reuters that such objections to voting may not have a role to play in the final outcome.

An election law expert at the Ohio State University - Ned Foley believe that as opposed to the 2000 presidential race, a SC intervention will most probably will not end in the favour of Trump. In 2000, the Supreme Court announced George W Bush victorious after a recount of votes.

"It’s extremely early on but at the moment it doesn’t seem apparent how this would end up where the US Supreme Court would be decisive," Foley told Reuters.

Given how close the race is, and with Trump’s ongoing threats, both Biden and Trump’s legal teams are ready to step up if the situation demands it.

"If we have to go through these legal challenges, that's not unprecedented," Trump’s attorney Jenna Ellis told Fox Business Network in an interview on Wednesday. “He wants to make sure that the election is not stolen”, Ellis added.

A Pennsylvania top court recently allowed votes arriving upto 3 days after Election Day to be counted in the final tally, much to Trump’s dismay, who wanted the results to be declared on the same day. Earlier, the SC had refused to fast-track a Republican appeal.

US election 2020: What if Pennsylvania case is opened?

Even if the court reopened the case, it may not play a major role in deciding the final vote in Pennsylvania.

David Boies, who represented Al Gore in 2000, told Reuters it is unlikely that the Trump campaign would succeed in a possible effort to halt the counting of votes coming in after November 3. "I think that it’s more posturing and hope than anything else," Boies said.

Boies also claimed that Pennsylvania’s outcome could be rendered irrelevant based on the outcome in Michigan and Wisconsin.

Legal experts also added how if Biden wins 270 electoral votes, he wouldn’t need to pursue a legal case in the state anyway.

"I think the Court would summarily turn away any effort by the President or his campaign to short-circuit the ordinary legal process," Steve Vladeck, a professor at the University of Texas at Austin School of Law, told Reuters.

"Even Bush v. Gore went through the Florida state courts first”, he added.