US election 2020: World leaders react on the presidential election 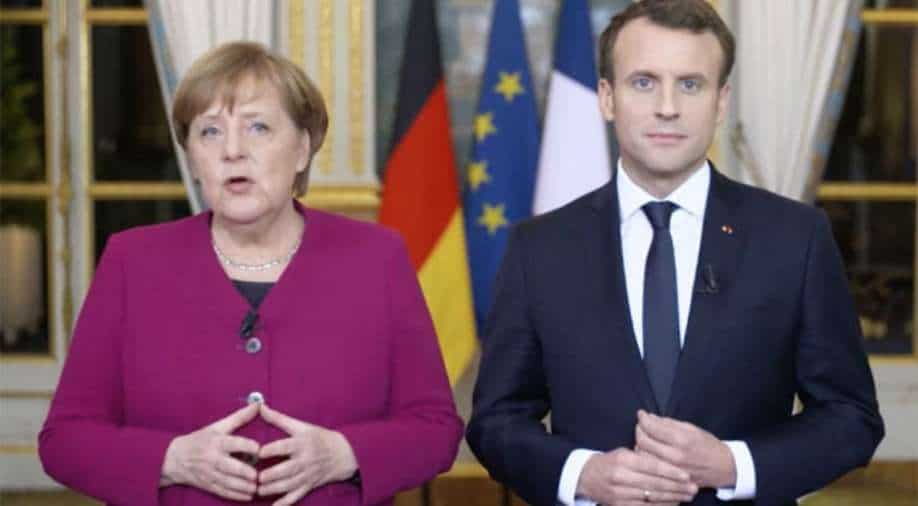 German Defence Minister on Wednesday disapproved of US President Donald Trump's assertion saying that he had already won US presidential Elections 2020.

Defence Minister Annegret Kramp-Karrenbauer said that the US was facing a "very explosive situation" as a result of President Donald Trump's assertion.

"This election has not been decided... votes are still being counted," Kramp-Karrenbauer told public broadcaster ZDF. She further said that Trump could create a constitutional crisis in the USA.

She said Trump could create "a constitutional crisis in the USA", calling such a scenario "something that must deeply concern us".

Also read| US election 2020: Historical firsts in the presidential election

The minister, who is also head of Chancellor Angela Merkel's Christian Democratic Union party, said it appeared "the battle over the legitimacy of the result, however, it turns out, has begun".

She admitted that the German-US relationship had faced "a tough test in the past four years" with fierce Trump criticism of Berlin over trade and military spending.

However, she said, "this friendship is more than a question of which administration is currently in the White House", saying she dismissed calls in Germany to "decouple ourselves from the United States".

Meanwhile, France's finance chief asserted Wednesday that the outcome of the presidential vote will have little impact on US-Europe trade relations.

"Let's not kid ourselves. The United States has not been a friendly partner to European states for several years now," Bruno Le Maire told Radio Classique.

"Whether Joe Biden or Donald Trump is elected by Americans tonight or tomorrow, nothing changes this strategic fact," he said. "The American continent has detached itself from the European continent."

The US administration has inflicted billions of dollars' worth of tariffs on European imports over the past four years, with Trump claiming unfair barriers against American firms trying to compete on continental markets.

Brazil President Jair Bolsonaro on Wednesday refrained from commenting on a potential U.S. election victor, but reiterated his support for Donald Trump, and suggested Joe Biden would interfere on issues like protecting the Amazon rainforest if elected.

"You know my position, it is clear... I have a good policy with Trump, I hope he will be reelected," he told supporters in Brasilia. "The Democratic candidate on two occasions talked about the Amazon. Is that what you want for Brazil? Interference from outside?"

Demonstrators burned US flags and marched through Portland armed with protest songs and assault rifles as a confusing election night unfolded to high tension but without violence in the northwestern city.

The liberal enclave in the state of Oregon had braced for possible armed clashes after months of divisive rallies involving left-wing activists, right-wing militias, and federal officers deployed by the Trump administration.

As President Donald Trump claimed he won the US election early Wednesday, despite key states still counting ballots, activists gathered outside the Portland federal courthouse -- the epicenter of the summer's fraught anti-racism protests.

Many at the courthouse shouted slogans against Trump as well as Portland Mayor Ted Wheeler, a bogeyman for anti-police protesters who won re-election Tuesday, while others danced and twerked to loud hip-hop music.

The FBI has warned of the potential for armed clashes in Portland linked to the polls, but there were no signs of election night activity from right-wing groups such as the Proud Boys.

Slovenia's conservative Prime Minister Janez Jansa congratulated US President Donald Trump on Wednesday for winning re-election even though neither Trump nor challenger Joe Biden has yet won an outright victory.

It’s pretty clear that American people have elected ⁦@realDonaldTrump⁩ ⁦@Mike_Pence⁩ for #4moreyears. More delays and facts denying from #MSM, bigger the final triumph for #POTUS. Congratulations ⁦@GOP⁩ for strong results across the #US ⁦@idualliance⁩ ⁦ pic.twitter.com/vzSwt9TBeF