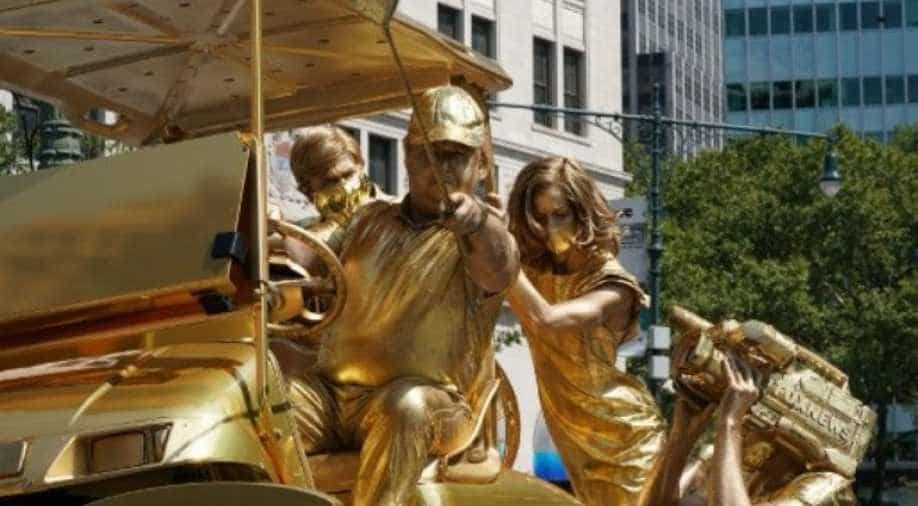 Bryan Buckley will soon be revealing another installation which he hasn't planned yet, but is sure would be soon depending on what Trump says or tweets

As the US elections are drawing near, the demonstrations and protests are also increasing. However, the anti-Trump demonstrations seem to be getting more creative.

As the Trump supporters took to streets recently to campaign for him in the upcoming US elections 2020, a group of artists took to New York's streets to demonstrate against him.

The group of artists, who call themselves '“The Trump Statue Initiative", unveiled their latest exhibition on Battery Park West, Pier A in New York.

The exhibition consists of a live statue in which an artist portraying Donald Trump can be seen driving a golf cart directly into tombstones in a graveyard with right-wing Fox News hosts Sean Hannity and Laura Ingraham riding on the cart from behind and a cameraman ios clutching the cart from side.

The live statue is a group of four artists who stay in one pose for a while before changing to something else on the similar matter. 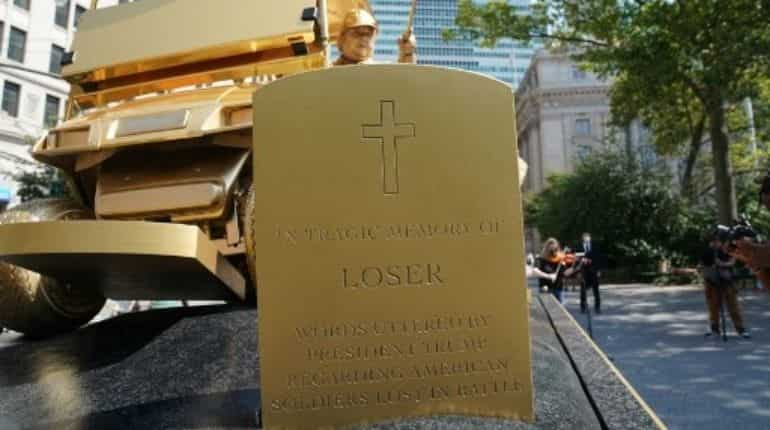 Out of five tombstones four read “In Tragic Memory Of: ‘It Is What It Is’” — which is an infamous quote of Donald Trump from one of his addresses last month in which he was talking about the rising number of coronavirus cases and deaths. The fifth tombstone reads “In Tragic Memory Of: ‘Loser’” — which is a reference to Trump's alleged remark about the US soldiers killed in war, which trump has denied.

To take a further dig at Trump, the front base of the statue reads “Donald Trump, Destroyer of Civil Rights and Liberties, 2016-2020.”

The project has been conceptualised by Bryan Buckley, a Los Angeles-based curator, who has installed similar statues in Washington, D.C., and Portland, Oregon.

“The news cycle is so fast right now. Even the ‘loser’ thing — three, four days later it was pushed out of the headlines,” Buckley said. “I see this as an opportunity to slow down and get voters to think about this moment and really think about ‘am I okay with this moment?’ If not, then you should help vote this president out of office.”

His team of artists also asks people to not to forget to vote in the upcoming US Presidential elections that are scheduled for November 03.

Buckley will soon be revealing another installation which he hasn't planned yet, but is sure would be soon depending on what Trump says or tweets.