US abruptly cuts Taiwanese minister's video at 'Summit for Democracy 2021' 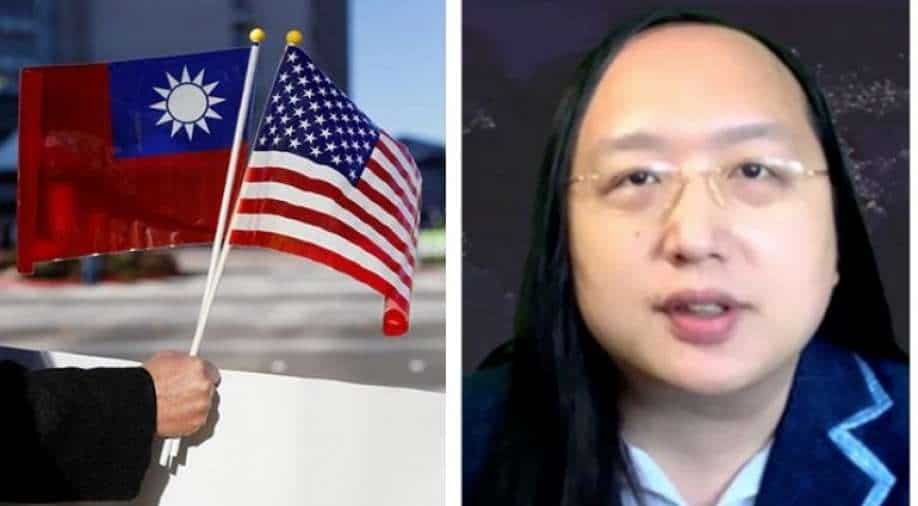 Audrey Tang's (seen in picture) address at the 'Summit for Democracy 2021' was cut short by US authorities. Photograph:( Reuters )

On this map, Taiwan was marked with green, signifying that the region is 'open' to civil rights. However, Laos, Vietnam and North Korea, along with China, were marked with red, which meant their status was 'closed'

Taiwan’s minister Audrey Tang’s video feed was cut short during ‘Summit for Democracy’ which was recently held by the US. Her address was halted after a map in her slide presentation showed Taiwan in a different colour to China.

Local reports have claimed that internal sources have revealed that the video feed, which was showing Tang, was cut short and it was replaced only with her audio. The feed was cut at the request of White House officials.

It is reported that the White House officials feared that this map can disrupt Washington’s stand on "one-China" policy. Washington has not taken a position on the debate of whether or not Taiwan is a part of China.

As Tang’s video showed China and Taiwan in different colours, the team was told to quickly remove the map. However, in the confusion of the moment, the whole video feed of the Taiwanese minister disappeared, and only her voice could be heard.

The map showed by Tang was a colour coded representation from a South African NGO CIVICUS, which was ranking the world by openness on civil rights. The map had different colours for status of 'openness' of countries on civil rights — such as "closed," "repressed," "obstructed", "narrowed" or "open".

On this map, Taiwan was marked with green, signifying that the region is 'open' to civil rights. However, Laos, Vietnam and North Korea, along with China, were marked with red, which meant their status was 'closed'.

To be on the safer side of this argument, White House officials also issued a disclaimer later on the screen that read, "Any opinions expressed by individuals on this panel are those of the individual, and do not necessarily reflect the views of the United States government."

It is also being reported that when the US government contacted Taiwanese officials about this map 'confusion', the Taiwan government protested Tang's video being cut.

Western publications have also claimed that the White House National Security Council (NSC) was angry that the slide in question had not appeared during the 'dry run' version before the summit. This has also raised questions of if this was an intentional move by Taiwan or Tang.

Meanwhile, Tang has found it best to stay away from this controversy. When asked if she believed that her video had been cut due to the slide, she told Reuters, "No, I do not believe that this has anything to do with the CIVICUS map in my slides, or U.S. allies in Asia for that matter."