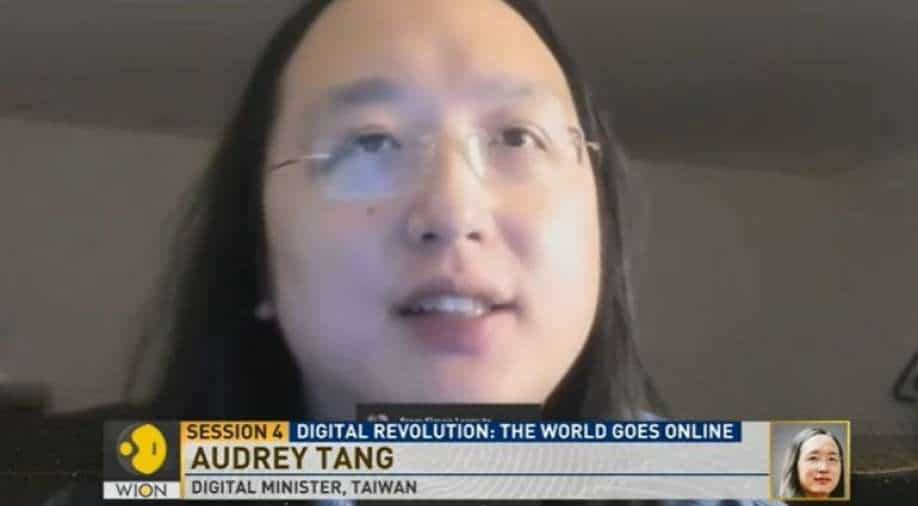 Speaking at the session on "Digital Revolution: The World Goes Online", she also highlighted that the task was "unheard" of as infrastructure is "tangible" and what they hoped to achieve was in the digital domain.

She said when they finally received government funding for implementing the idea, they were able to build digital parks "equivalent" to national parks,

"But by succeeding in government funding of using photogrammetry, videogrammetry to capture the heritage, cultural sites, we built equivalent of national parks, actually better than that because people can create their own experiences based on those assets," she said.

She also hoped that the idea of "connected spaces and digital public infrastructure" will gain a lot of attention as it "resonates" with the regulatory infrastructure required to give people more choices.

Audrey added that this will lead to less dependency on the private sector and anti-social websites as part of social platforms.

However, the digital minister added that the idea needs investment.