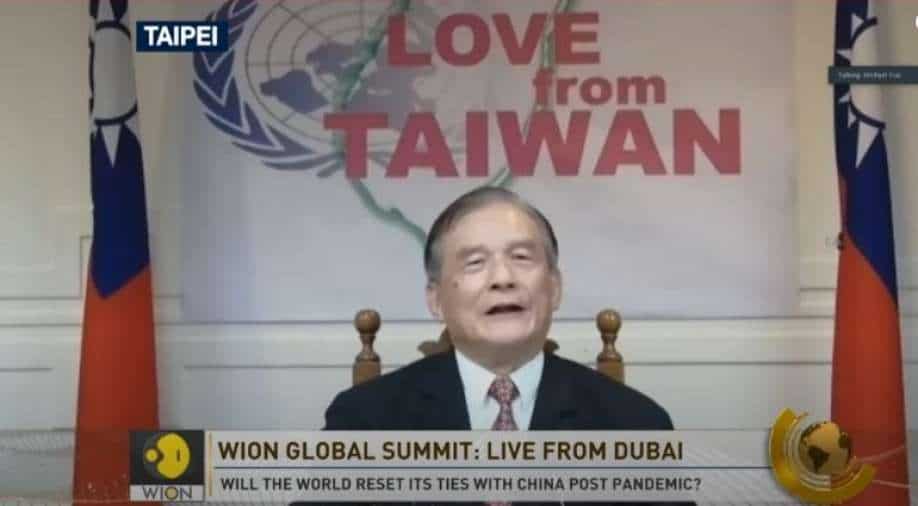 Assuring the world that Taiwan is always ready to help those in need in these desperate times of the coronavirus pandemic, Michael Tsai, Former Defence Minister, Taiwan questioned the WHO's stance on China regarding COVID-19.

Speaking at the WION Global summit in Dubai on Wednesday, he said Taiwan believes "China has immense responsibility for not reporting this virus to WHO in time".

China's Wuhan was the original epicentre of the coronavirus pandemic, which has taken millions of lives around the world. However, China has shied away from accepting the responsibility for the spread of this deadly virus.

Talking about the same, Tsai said, "China has to take responsibility for delaying reporting pandemic to the WHO".

Tsai also stressed the impact the coronavirus and other non-democratic reforms have had on the relationships of China with other countries.

Highlighting the straining relationship of China with Taiwan, Japan, the US and others, he also called out Beijing for silencing the democratic voices in Hong Kong, Taiwan and Xinjiang.

He also talked about how the international groups and governments have raised concerns against the inhumane practices of China in these regions.

"China has to respect human rights and human dignity," he said during the second session of the WION Global summit titled The Post-Pandemic World Order. "China has to stop action against Japan, Taiwan, the US."

"China sends their fighter jets almost every day and their submarines in the South China Sea causing the disturbance in the Asia Pacific, and therefore we appeal to China to stop their missile threatening to the countries in the region," he said.