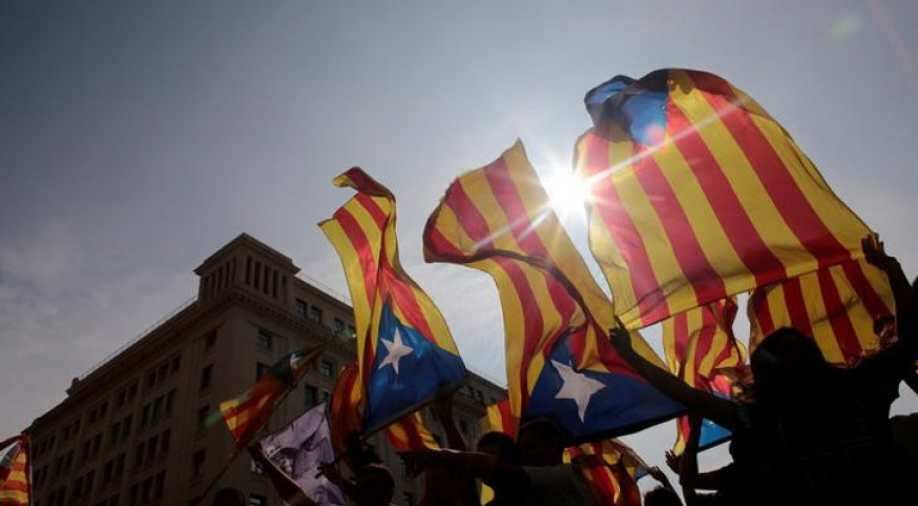 Jordi Sanchez and Jordi Turull are taking this step to 'raise awareness' of their unfair treatment by Spain's justice system, lawyer Jordi Pina told a news conference in Barcelona.

Jordi Sanchez, the former head of the influential grassroots ANC independence movement, and Jordi Turull, a former minister in the Catalan regional government, are taking this step to "raise awareness" of their unfair treatment by Spain's justice system, lawyer Jordi Pina told a news conference in Barcelona.

"I did not recommend this action, it is a decision of my clients and they have my full support," he added.

In a statement read by Pina, the two men accused Spain's Constitutional Court of blocking their appeals against their imprisonment from reaching the European Court of Human Rights.

Pina said he did not know if the five other Catalan separatist leaders jailed in the Lledoners penitentiary located some 70 kilometres (43 miles) north of Barcelona would later join the hunger strike.

Prosecutors are seeking jail terms of up to 25 years on charges of rebellion or misuse of public funds over the failed secession bid.

The sensitive trial is expected to start in early 2019 and will focus on the attempt by Catalan leaders to break away from Spain in October 2017 by staging a referendum despite a court ban and subsequently proclaiming independence.

Nine of the separatists remain in pre-trial detention, including the seven at the Lledoners prison who have been in jail for the last eight to 13 months without trial.

The announcement of the hunger strike comes a day after the first photo of the seven jailed Catalan leaders at the Lledoners prison was released by grassroots pro-independence organisation Omnium Cultural.

The picture - which was splashed on the cover of Catalan newspapers on Saturday shows the seven men smiling and wearing casual clothes in one of the courtyards of the prison.

Omnium Cultural said it released the picture to send a message of "unity" ahead of the start of their trial.

In a statement, Catalan regional president Quim Torra expressed his "solidarity" with the two prisoners who began a hunger strike.

"This dramatic and drastic measure is being taken because of what we find to be the complete violation of citizens' rights, civil and political rights, and of respect for the legal process. It's my personal view that penal law is being used for vengeance," he added.

Spain's central government repeated its argument that the jailed Catalan separatist leaders would have a fair trial and their rights were being respected.