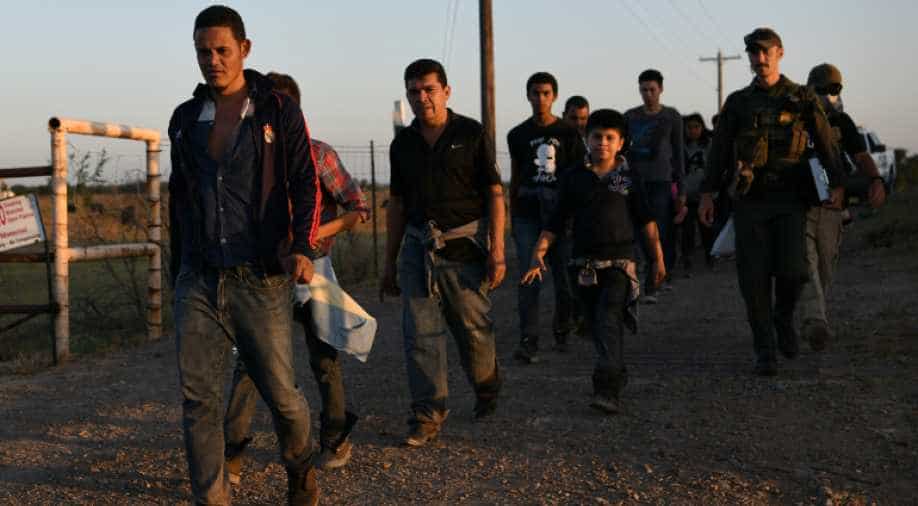 Migrants walk to a transport bus after turning themselves in to law enforcement to seek asylum following an illegal crossing of the Rio Grande near Penitas, Texas, US, July 28, 2019.  Photograph:( Reuters )

As part of a wider effort to clamp down on immigration, the Trump administration has taken a series of measures recently to restrict asylum claims, including by issuing a rule requiring asylum candidates first to seek safe haven in a third country

US President Donald Trump`s administration imposed another obstacle for asylum-seekers on Monday, finding that being persecuted based on threats against a family member is usually not enough to be granted asylum in the United States.

Attorney General William Barr issued a ruling that will set the standard for all immigration judges, using the same power his predecessors Jeff Sessions and Matthew Whitaker used to try to narrow the field of people potentially eligible for asylum.

The Trump administration is actively seeking to reduce the number of asylum cases, saying the system is overwhelmed by fraudulent claims. The number of people apprehended at the US-Mexico border has surged under Trump, with many Central Americans asking for refuge in the United States even though the vast majority of their claims are ultimately denied in court.

Unlike the federal judiciary, US immigration courts fall under Justice Department jurisdiction, and the attorney general can intervene in cases to set national legal precedent. Trump`s attorneys general have been more active than previous administrations in this practice.

As part of a wider effort to clamp down on immigration, the Trump administration has taken a series of measures recently to restrict asylum claims, including by issuing a rule requiring asylum candidates first to seek safe haven in a third country.

A federal judge in San Francisco blocked the new rule last week by issuing a preliminary injunction pending trial. The government on Monday filed a motion asking the judge to suspend the injunction.

In the family ties case, known as "Matter of L-E-A," Barr overruled a decision by the Board of Immigration Appeals, finding that the board improperly ruled a Mexican was eligible for asylum protection because the threats against him came about only after a drug cartel first threatened his father.

Asylum law requires that claims be evaluated on a case-by-case basis if they can show their persecution was based on race, religion, nationality, political opinion or membership in a "particular social group."

An immigration lawyer who represented L-E-A said immigration courts for decades have considered families to be a particular social group, "so suddenly reversing that trend is likely to affect thousands of cases," said Bradley Jenkins, a litigator for Catholic Legal Immigration Network Inc.

But Barr`s decision found that virtually every asylum-seeker is a member of a family and that, "There is no evidence that Congress intended the term `particular social group` to cast so wide a net."

Decisions like the one Barr issued Monday can ultimately be appealed to federal appellate courts. In December, a US judge struck down a previous Trump administration decision aimed at denying asylum to victims of gang or domestic violence.