Those 'monkeys' from those African countries, said Ronald Reagan to ex-President Nixon in 1971 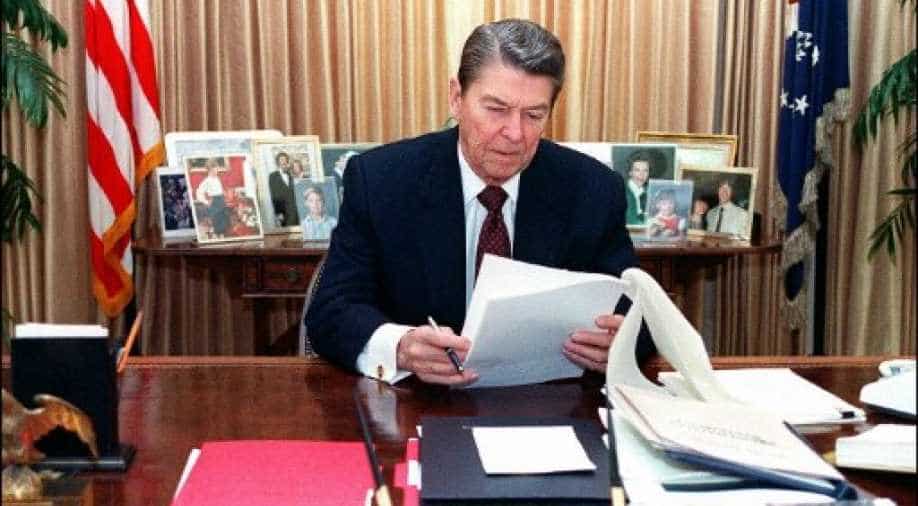 The taped conversation occurred during Reagan's call to Nixon after the United Nations voted to recognise the People's Republic of China.

Then-California governor Ronald Reagan made racist remarks about Africans, calling them "monkeys" in a newly-discovered taped conversation with US president Richard Nixon.

The tape of the October 1971 phone call was unearthed by Tim Naftali, former director of the Richard Nixon Presidential Library, and his findings were published online on Wednesday in The Atlantic magazine.

The tape is of a call Reagan placed to Nixon after the United Nations voted to recognise the People's Republic of China.

Reagan, who went on to win the presidency in 1980, was an ardent defender of Taiwan and called Nixon to vent his anger at the African nations which defied the United States and voted at the UN to grant recognition to the People's Republic.

In the call, Reagan criticises the African countries which sided against the United States.

"Last night, I tell you, to watch that thing on television as I did,"  Reagan said.

Reagan continued: "To see those, those monkeys from those African countries -- damn them, they’re still uncomfortable wearing shoes!"

Nixon responds with a huge guffaw and went on to gleefully repeat Reagan's remarks in other taped conversations with his advisers.

Naftali, who is now an associate professor at New York University, said the portion of the tape containing Reagan's remarks was initially withheld to protect his privacy but the complete version was released by the National Archives two weeks ago.

President Donald Trump has been accused of repeatedly making racist remarks and was rebuked recently by the Democratic-controlled House of Representatives over "racist comments" he made about four minority Democratic lawmakers.