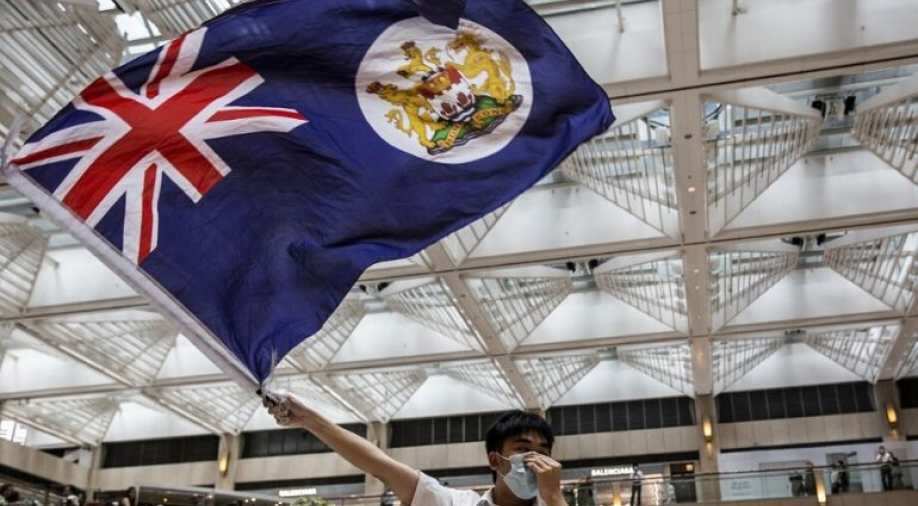 Britain urged China to rethink its plans and the strategy therein to assert more control over Hong Kong, which was earlier British territory, and was handed back to China under special terms

Britain urged China to rethink its plans and the strategy therein to assert more control over Hong Kong, which was earlier British territory, and was handed back to China under special terms - including democratic freedoms.

"There is time for China to reconsider," UK’s Foreign Secretary Dominic Raab said while referring to the new security laws, which have spurred protests across the city.

“There is a moment for China to step back from the brink and respect Hong Kong's autonomy and respect China's own international obligations”, Raab added,

China’s parliament recently approved the new security law. This makes disapproval of the Chinese government a crime, with sedition as one of the main charges now allowed to be used against naysayers. 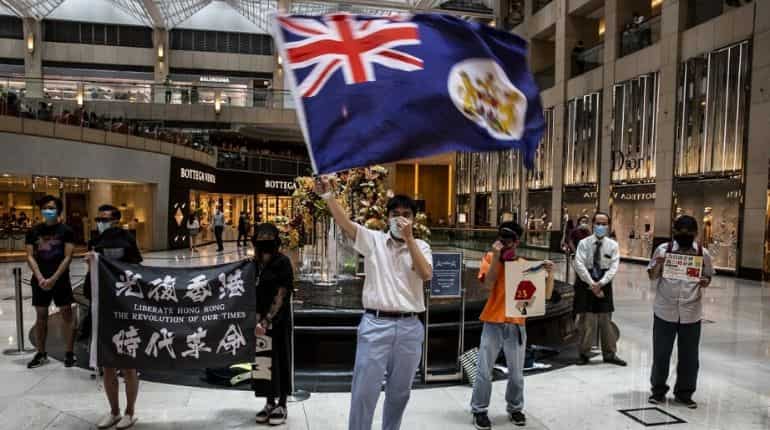 A pro-democracy protester (C) waves a British colonial flag during a "Lunch With You" rally at a shopping mall in the Central district in Hong Kong on June 1, 2020 | AFP

Recently, UK ministers wrote to the government to begin a coordinated international response to the crisis, which would also include offering hosting Hong Kongers in the country. The UK’s Indian-origin Home Secretary Priti Patel promised support to the people of Hong Kong. More people from Hong Kong are now eligible to apply for UK citizenship, as an international relief measure.

Hong Kong was returned to China in 1997 as part of the “Two Systems, One Country” vision which guaranteed privileges to Hong Kongers not available elsewhere in mainland China.

Raab also urged Hong Kong and Chinese governments to collectively work "to end the recent violence and resolve the underlying tensions based on political dialogue".

On Tuesday, the United States may let in people living in Hong Kong amid the ongoing China-Hong Hong crisis, which has spurred protests across the city.

The US Secretary of State Mike Pompeo said his country will let in those who aren’t “comfortable” in Hong Kong. The US has continuously called China’s actions an attempt to subvert democracy in the territory.

He addressed this difference in British and American policy and said, “I don’t know precisely how it will play out. The British have, as you know, a different relationship. A lot of these folks have British national passports. There’s a long history between Hong Kong and the United Kingdom; it’s very different.”