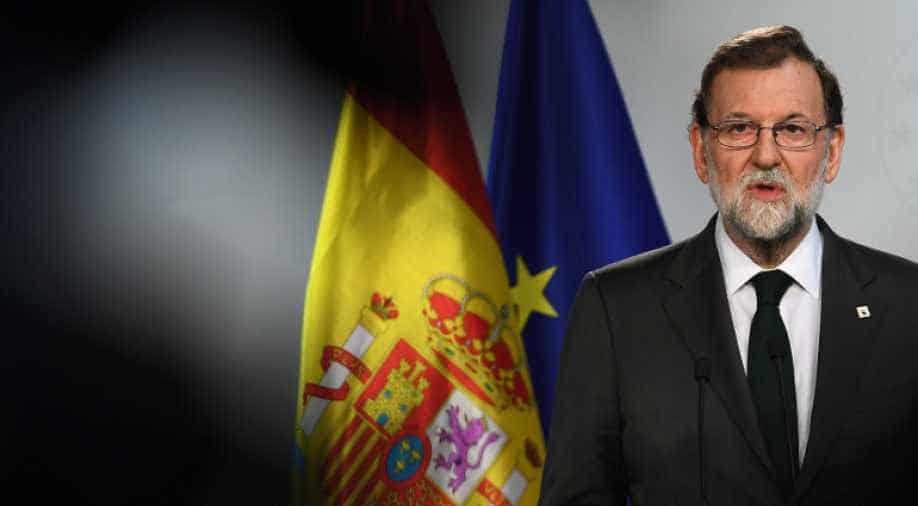 Spain said Saturday that it will move to dismiss Catalonia's separatist government and call fresh elections in the region in a bid to stop its leaders from declaring independence.

Speaking after an emergency cabinet meeting, Prime Minister Mariano Rajoy said his government had no choice after the administration of Catalan leader Carles Puigdemont acted in a way that was "unilateral, contrary to the law and seeking confrontation" in holding a banned independence referendum in the northeastern region.

Taking Spain into uncharted legal waters by using Article 155 of the constitution, which allows Madrid to wrest back control of rebellious regions, Rajoy said he was asking the Senate to give him permission to dissolve the Catalan parliament and "call elections within a maximum of six months".

He is also requesting that all of Puigdemont's government be stripped of their functions, which "in principle will be carried out by (national) ministers for the duration of this exceptional situation."

The national Senate will now have to agree to these unprecedented steps -- a process that will take about a week.

Rajoy's conservative Popular Party holds a majority in the Senate. As the measures enjoy the support of other major parties, they are highly likely to pass.

Catalonia sparked Spain's worst political crisis in decades with the chaotic referendum on October 1, which Puigdemont said resulted in a 90 percent vote in favour of breaking away from Spain.

But turnout was given as 43 percent as many anti-independence Catalans stayed away from the vote, which had been ruled illegal by the Constitutional Court, while others were hindered from voting by a police crackdown.