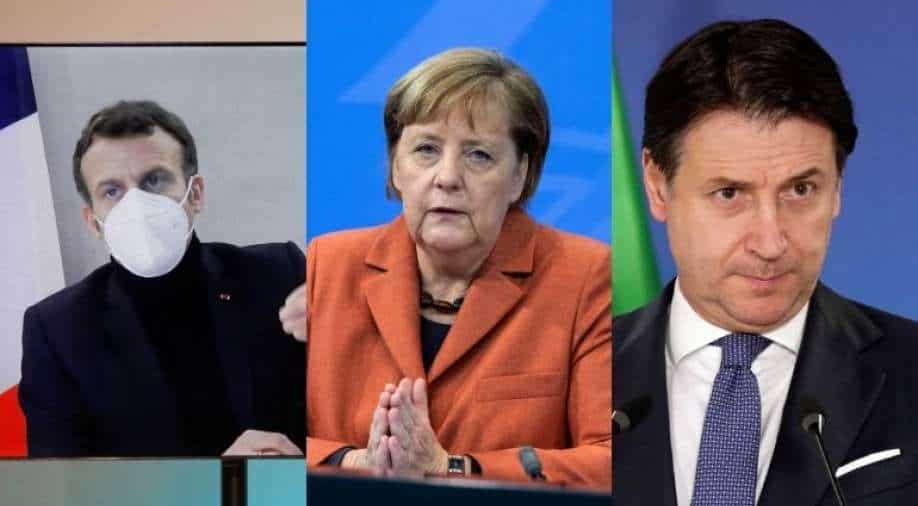 After 10 months of deadlock, Britain and the European Union on Thursday finally finalised the Brexit trade deal.

Both EU and UK expressed optimism on the deal as Britain ends its half a century partnership with the European association.

Let's take a look at how other European countries reacted on the deal.

In a tweet, French President Emmanuel Macron said that "Europe's unity and firmness paid off". He also said that the deal will protect Europe's "citizens, fishermen and producers".

German Chancellor Angela Merkel expressed confidence that the agreement represents a "good outcome" that Germany would be able to back.

Spanish Prime Minister also welcomed the deal on Twitter but said that the UK and Spain should continue discussions on the status of Gibraltar.

"Good news: deal between the EU and the UK has been agreed," Italian Prime Minister Giuseppe Conte wrote in a tweet, adding that the interests of Europeans have been "guaranteed".

Good news: deal between the EU and the UK has been agreed. Interests and rights of European businesses and citizens guaranteed. The UK will be a central partner and ally for the EU and Italy.

"The UK will be a central partner and ally for the EU and Italy."

"This is the start of a new era in the relationship between the UK and the EU and in Northern Ireland we will want to maximise the opportunities the new arrangements provide for our local economy,” said First Minister Arlene Foster.

Scottish First Minister Nicola Sturgeon clearly said that Brexit is happening against "Scotland's will" and said that it's time that the country charts its "own future as an independent European nation".

"Before the spin starts, it’s worth remembering that Brexit is happening against Scotland’s will. And there is no deal that will ever make up for what Brexit takes away from us. It’s time to chart our own future as an independent, European nation," said Sturgeon.