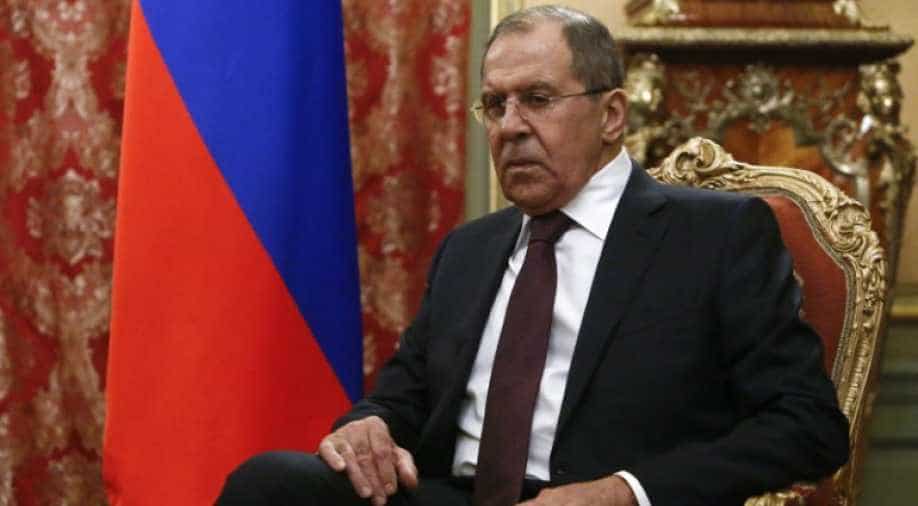 A Russian foreign ministry statement said Moscow was ready to mediate and wanted to cooperate with all sides in the oil-rich country. Photograph:( Reuters )

Russian foreign minister Sergei Lavrov and Fayez al-Sarraj, leader of the UN-backed government of Lybia's Tripoli, met in Moscow on Thursday. They discussed the possible role of mediator that Russia could have in the war-torn north African Country.

According to a statement issued by minister Lavrov, the dialogue was focused on the necessity to re-unite Lybia and the possible ways to do it.

Lybia is currently a divided country, 'hostage' of a power struggle between several factions.

Moscow declared to be ready to mediate between the rivals in order to find a common solution and bring back peace in a strategically oil and gas-rich country. "Moscow confirmed its readiness to work closely with all sides in Libya with the aim of seeking mutually acceptable solutions to create the grounds for the stable development of Libya as a united, sovereign and independent state," the ministry said in a statement.

The Libyan political delegation had been accompanied by officials representing the National Oil Corporation and the defense ministry.

Al-Seraj's major rival is Khalifa Aftar, a military commander who enjoys support by many factions active in the east of the country. Seraj visit to Moscow could be seen as an effort to overcome this rivalry which is paralysing Lybia.

This is also part of a renewed Russian activism in the international scenario. The country is also fighting alongside Syrian President Bashar al-Assad against several rebel groups and terrorist organisations controlling significant swathes of territory.

Moscow's activism has not been welcomed by the US which are currently supporting a number of groups active within the so called Free Syrian Army, an organisation currently fighting against Bashar al-Assad.

Seraj's office quoted him as saying that Russia could play a positive role in Libya "thanks to its ties with various Libyan parties." "The passage of time does not allow for the political maneuvers that (some) Libyan groups are trying to play," Seraj's office said.

"The Russian side stressed the need for an inclusive intra-Libyan dialogue aimed at setting up unified organs of power, including an army and police force capable of maintaining security and law and order and of effectively countering a terrorist threat," it said.

Lavrov and Seraj had also discussed the progress of the U.N.-sponsored reconciliation dialogue, the Russian Foreign Ministry said.