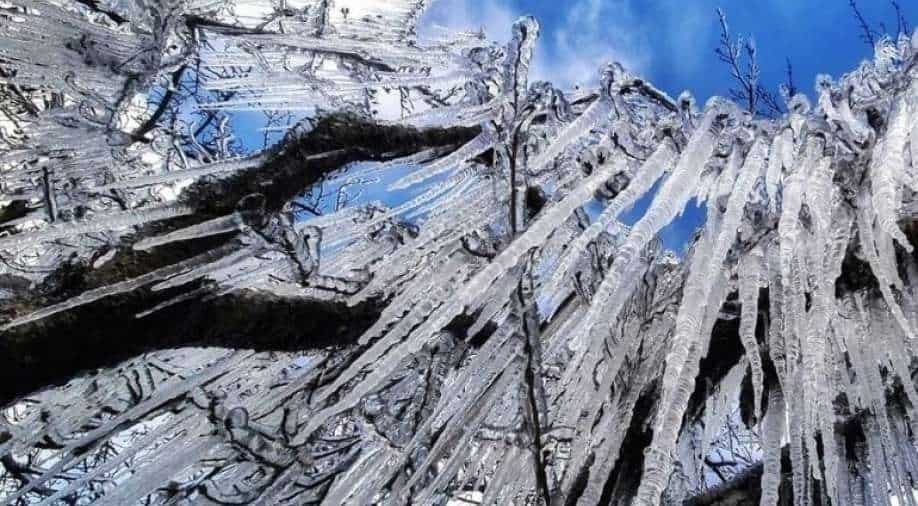 A polar air mass moved toward the centre and south of Brazil on Thursday, threatening coffee, sugarcane and orange crops with frost and lowering temperatures in some areas

An unusual snowfall was captured in southern Brazil on Wednesday, as videos uploaded to social media showed driveways and cars blanketed in ice.

Temperatures fell in swathes of Brazil on Thursday - with rare snowfall overnight in some places - as a polar air mass advanced toward the centre-south of the global agricultural powerhouse, threatening coffee, sugarcane and orange crops with frosts.

Unusually cold weather in Brazil has already sent international prices for coffee and sugar higher and Friday (July 30) was forecast to be the coldest day of the year, according to Marco Antonio dos Santos, a partner at weather consultancy firm Rural Clima.

In a report on Thursday, dos Santos said the south of Goiás and the south of Mato Grosso do Sul, states where farmers grow crops like corn, would face cold temperatures on Friday as the wave of cold air marched northwards.

"With the polar air mass strengthening, it is getting even colder in most of the agricultural producing regions of center-south Brazil," Santos said. "As such, the chances of frosts in coffee, sugarcane and orange areas increased dramatically."

In Brazil's southernmost state of Rio Grande do Sul, the cold wave has brought snow and cold rains to at least 13 cities on Wednesday.

Local television images showed tourists and locals taking photos and playing in the snow in the town of Sao Francisco de Paula as temperatures fell below zero.