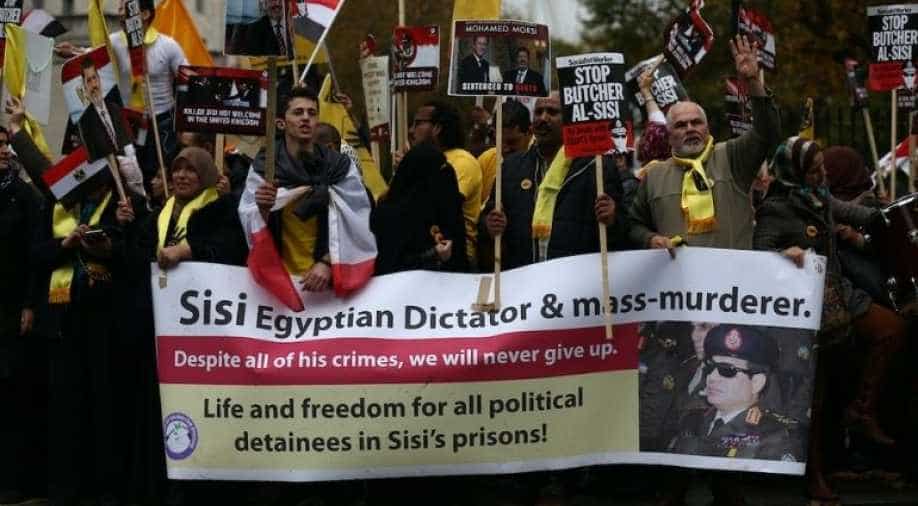 Thousands in Egypt are protesting against the rule of President Abdel Fattah al-Sisi demanding him to resign.

Videos circulating on social media showed the demonstrators holding banners and chanting slogans calling on el-Sissi to step down.

Others were seen setting a police car on fire and throwing stones at security forces. Dozens demonstrated in the al-Basateen district, a large neighborhood in southern Cairo, and in several surrounding areas.

Protesters marched in Maadi, another large district that houses embassies and foreigners and in Madinat Nasr, a Cairo suburb.

Amid such chaotic conditions in his country, Abdel Fattah al-Sisi is showing his commitment to helping Libyans "rid their country of armed militias and terrorist organizations, and put an end to the blatant interference of some regional parties."

Libya descended into chaos after the NATO-backed overthrow of leader Muammar Gaddafi in 2011. Since 2014, it has been split, with an internationally recognized government controlling the capital, Tripoli, and the northwest, while military leader Khalifa Haftar in Benghazi rules the east.

Haftar is supported by the United Arab Emirates, Egypt and Russia, while the government is backed by Turkey.

Egypt has tightened security after former army contractor Mohamed Ali called for anti-government protests to commemorate the anniversary of the 2019 mass protests.

During the 2019 protests, Egyptian security forces arrested people arbitrarily and even killed some on the grounds that they were armed. More than six people were killed by security forces. The people were allegedly members of the muslim brotherhood.

Labeling the group as a terrorist organization, el-Sissi's regime has detained, tortured and killed thousands of people with the claim that they were linked to the group.

According to Egyptian media, more than 1,200 people were arrested during the protests. However, Egyptian activists claim that the number is much higher since there were hundreds of detained people who were not registered by the police.