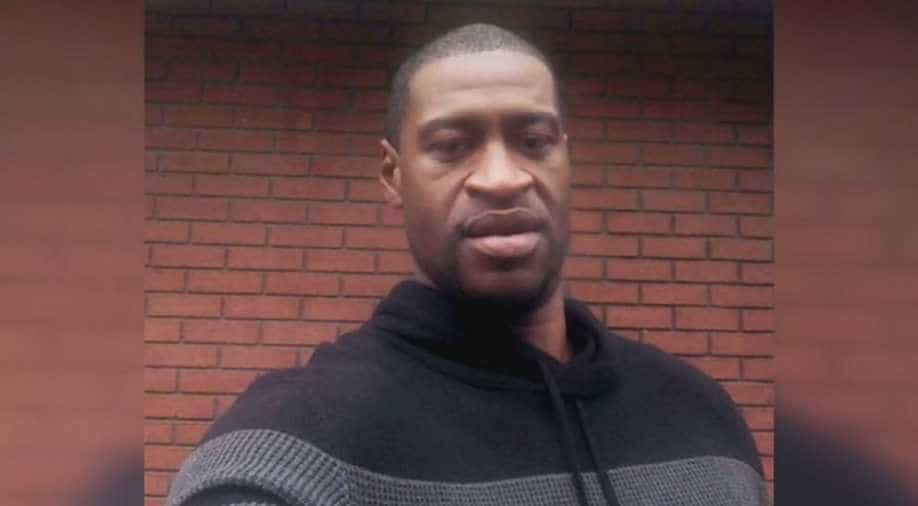 George Floyd's killing became a rallying point for racial justice in the United States as the trial in the case officially begins. America is on the edge once again. Every American, irrespective of their colour or background is watching the developments closely because this is far more than the trial of one police officer in the death of one Black American. This is a test of the American society and of the American judicial system

There are many more Black Americans, who were either shot, tasered, brutally mauled or asphyxiated.

What they call, choked to death but none of these killings were enough to shake the collective conscience of the American society or the American judicial system for that matter.

It took a convergence of forces for America to wake up, a pandemic, an election year, the highest rate of unemployment and to top it all, the killing of George Floyd in broad daylight.

With every city under lockdown, Americans couldn't look away. They were forced to pay attention.

George Floyd's killing became a rallying point for racial justice in the United States as the trial in the case officially begins. America is on the edge once again. Every American, irrespective of their colour or background is watching the developments closely because this is far more than the trial of one police officer in the death of one Black American. This is a test of the American society and of the American judicial system.

If they fail this test, the implications will be national. Perhaps even global. America is on trial.

Civil rights leader Reverend Al Sharpton said, "Make no mistake about it: Chauvin is in the courtroom but America is on trial."

Derek Chauvin, the officer accused in the murder of George Floyd has been finally put on trial. The case is significant because it is quite uncommon for US police officers to be penalised for using lethal force.

The court proceedings have begun, the opening remarks have been made. The arguments from both sides- reveal just how divided America has become as a society.

Eric Nelson, Derek Chauvin's Defense Attorney, said, "Derek Chauvin did exactly what he had been trained to do over the course of his 19-year career. The use of force is not attractive, but it is a necessary component of policing."

Eric Nelson, Derek Chauvin's Defense Attorney, said, "The evidence will show that Mr. Floyd died of a Cardiac Arrhythmia that occurred as a result of hypertension, coronary disease, the ingestion of methamphetamine and fentanyl."

This is the most high-profile case since the 1991 beating of Rodney King Junior. The trial ended with partial justice being delivered.

All efforts have been made to ensure that this one does not end in a mistrial.

A total of 12 people are sitting on the jury with three alternates. There are six women and nine men. 9 of them are white Americans, 4 of them are black Americans and 2 jurors are multi-racial. The diversity of the jury is aimed at instilling a sense of legitimacy in the judicial process.

Amy Forliti, AP Reporter, Minneapolis, said, "Their ages range from their 20s to their 60s, and they include a chemist, an auditor, a social worker, a registered nurse who works with covid-19 patients and a grandmother who does volunteer work. The one thing that they all do have in common, though, is that they all said they could put aside their prior opinions and make a decision based on the evidence in the case that's going to be presented at trial."

Outside the court, sentiments are running high. Americans from all backgrounds have assembled near the Minneapolis Courthouse. They say the verdict will serve as justice for all of America.

Luke Arseneau, paraprofessional at a school, said, "I can tell you right now that opioids did not kill George Floyd. Derek Chauvin did."

Chaz Neal, business owner said, "This is a trial for, for justice for George Floyd, but the results are going to be affected everywhere."

Sabrina Mohammed, student from Minneapolis, said, "I’m honestly just trying to take in as much of the case as I can without getting overwhelmed, because my mental health is deteriorating, unfortunately, as a black, as a black woman in the United States. So I’m just trying to protect myself as well."

1100 miles away from the heart of action in Washington DC, all the developments are being monitored. The White House says US president Joe Biden will be following the trial closely.

Jen Psaki, White House Press Secretary said, "Well, he certainly will be watching closely, as Americans across the country will be watching. you know at the time of George Floyd's death, he talked about this as being an event that really opened up a wound in the American public, and it really brought to light for a lot of people in this country just the kind of racial injustice and inequality that many communities are experiencing every single day."

It's a moment of reckoning for the American society. A chance for the American justice system to prove it can actually work. Because for decades, it has failed black Americans, who have suffered due to police brutality.

The trial of Derek Chauvin is an opportunity for this system to redeem itself. The outcome is anything but certain and the stakes for the entire country are enormous.