Now, US prepares to fight another war against giant killer hornets 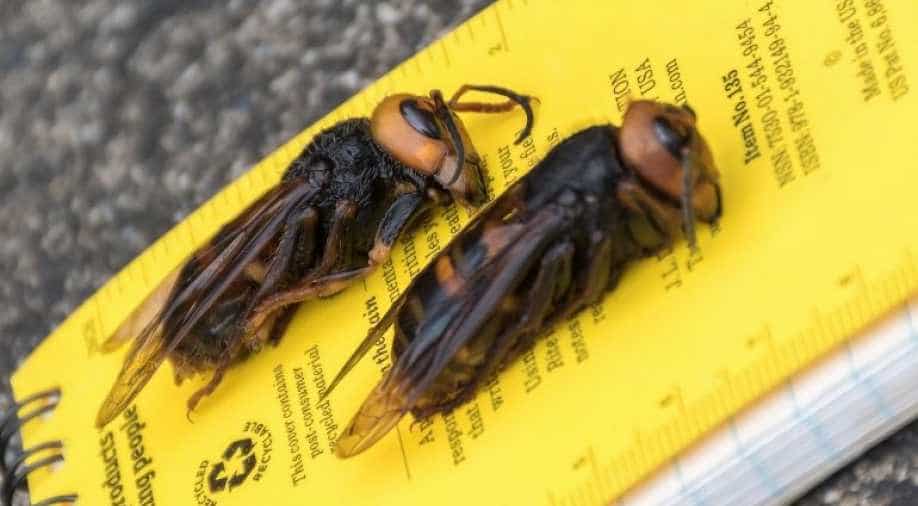 Along with the deadly coronavirus, the United States is now fighting world's largest hornets.

The United States has been fighting a deadly virus. It is now the world's worst affected country and now it is preparing to fight another enemy, except this one is not invisible.

On the contrary, it is huge. The world's largest hornets have been spotted for the first time in America.

Ever since the deadly insects were discovered late last year in Washington, scientists have been on a mission to track them down and eventually eradicate them.

First, the size is a huge concern. "It's a large organism, so it's very intimidating when you first encounter one. In fact, when I first picked up the specimen in blaine, I thought it was a child's toy. That's how large it was compared to other hornets that I'm used to dealing with," said Sven-Erik Spichiger, Managing Entomologist at WSDA.

Second, the insects are notorious for killing entire honeybee hives, which would be a huge threat for the country's agricultural system.

Also read: US records 20.5 million job losses in April; no surprise, will bring it back, says Trump

"Well, the real danger besides human health is to the apiary industry. So pollination is a huge part of agriculture and the agricultural systems we have here in the United States," explained Sven-Erik Spichiger.

On Thursday, an entomologist at the Washington State Department of agriculture took media personnel on a tour of the traps that have been set up.

The programme takes a cue from Japan and Korea where the species have been around for a long time.

"As gruesome as that sounds, that's our goal, to kill these off and keep them from establishing in Washington State," said Dr. Chris Looney, an Entomologist.

The Asian giant hornets are also called Murder Hornets. Experts say multiple stings can be fatal. Group attacks can produce toxic venom equal to that of a venomous snake.

"If you sustain multiple stings, the necrosis and the venom will actually start getting into your bloodstream and will start working on your organs. And multiple stings could literally be fatal and have been fatal," said Sven-Erik Spichiger.

While question marks remain over how exactly the insects landed on American soil, what is clear is that they could not have arrived at a worse time.