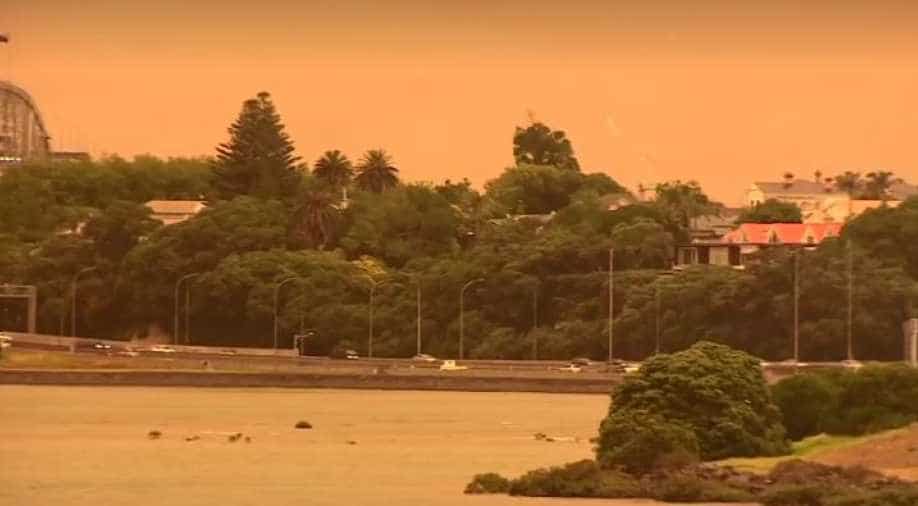 The smokes have now moved North, which includes Auckland after covering much of the South Island.

The smokes have now moved North, which includes Auckland after covering much of the South Island.

Took these in Auckland city, New Zealand at 3pm today. The smoke from the #AustralianBushfire shrouding everything in orange. pic.twitter.com/tgoRx4I11v

After the skies turned "scary", people in Auckland were urged by police not to dial the 111 emergency number to report the orange haze in the sky coming from Australia.

"We are currently receiving high numbers of calls related to this," police said.

Just took a couple of shots of the #Auckland smoke from the #AustralianBushfire. Looks absolutely insane. pic.twitter.com/zCK8DFzxlM

Zimena Dormer-Didovich, a local, said that her 14-year-old asthmatic son was feeling the effects of the haze.

"It's very unsettling to see this. I can't imagine what the Australians just be experiencing." said Dormer-Didovich.

Experts say that the change in colour is caused by the smoke which reduces the visibility of blue light.

Forecaster Weatherwatch.co.nz said the appearance of the sky changed dramatically in the early afternoon.

"The gloomy weather is likely to continue for the rest of Sunday with this next main plume moving through and thickening over Sunday afternoon," WeatherWatch said.

At least 24 people have been killed in this season's bushfires in Australia. More than 5.25 million hectares (13 million acres) of land has been burnt in the fires.