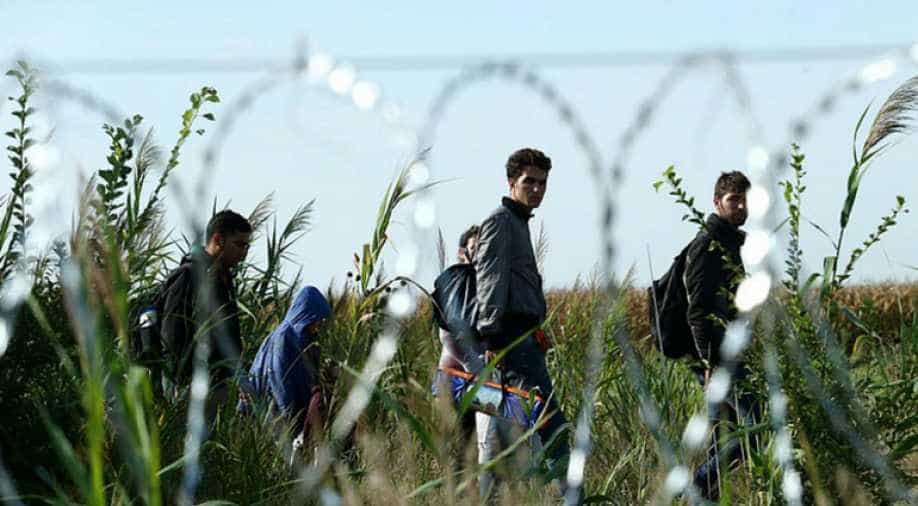 The group of more than 300 Salvadorans that left San Salvador on Sunday came together after thousands of Hondurans in mid-October left their country in a large group.

A new group of migrants gathered and left from the capital of El Salvador on Sunday, headed for the United States after thousands of other Central Americans began similar journeys in recent weeks, angering US President Donald Trump.

The group of more than 300 Salvadorans that left San Salvador on Sunday came together after thousands of Hondurans in mid-October left their country in a large group, becoming an international news story and a key issue in the US congressional elections.

A second group of Hondurans was moving through Guatemala last week, and at one point numbered more than 1,000 people before beginning to fragment.

Trump and his fellow Republicans have sought to make immigration a major issue before the Nov. 6 elections, in which the party is battling to keep control of Congress.

The Salvadoran migrants organized using social networks like Facebook and WhatsApp over the last couple of weeks, inspired by the group of mostly Hondurans currently crossing Mexico.

Salvadoran police traveled with the group on Sunday as they left San Salvador, the migrants carrying backpacks and water bottles and protecting themselves from the hot sun with hats. Some mothers pushed their children in strollers.

Several migrants, gathered by the capital's 'Savior of the World' statue before leaving, said they were headed to the United States.

"We're asking the all-powerful to look after us, to guide us, to free us from all that is bad," shouted Hernan Quinteros, 49, a driver who urged his fellow travelers to tie up their shoes ahead of the long trip.

El Salvador's left-wing government said it had solidarity with the migrants and respected their right to mobilize, but urged them not to risk their lives on the way.

UK's sovereignty at risk if Huawei is allowed for 5G, warns Mike Pompeo