Naftali Bennett, Prime Minister-designate, gestures at the Knesset, Israel's parliament, during a special session whereby a confidence vote will be held to approve and swear-in a new coalition government, in Jerusalem June 13, 2021 Photograph:( Reuters )

Israel's parliament 'Knesset' has chosen Naftali Bennett as the new Prime Minister of Israel. Bennett has unseated Benjamin Netanyahu whose 12-year rule came to an end. The Knesset voted 60-59 in favour of the new government.

Naftali Bennett has a political reputation of being an ultra-nationalist. He will now head a cabinet comprising parties from left to right of the political spectrum.

Benjamin Netanyahu was Prime Minister of Israel since 2009. He has been the longest-serving leader of Israel. Netanyahu''s position was weakened by his repeated failure to register victory in Israel polls since 2019. He is embroiled in a corruption trial as well. He denies any wrongdoing. 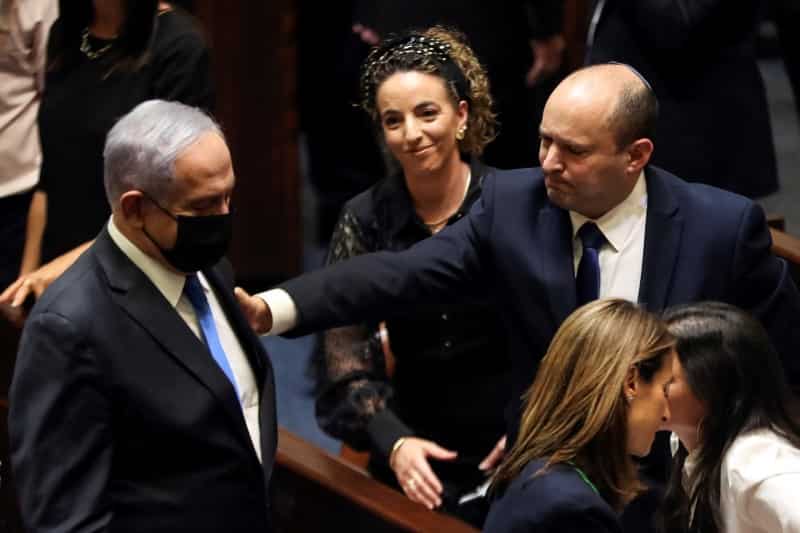 The Prime Minister-designate Naftali Bennett has struck a coalition deal with centrist politician Yair Lapid (57). As per the deal, Bennett will serve as PM til 2023 and hand over the post to Lapid.

The new government, formed after an inconclusive March 23 election, plans largely to avoid sweeping moves on hot-button international issues such as policy toward the Palestinians, and to focus on domestic reforms.

Palestinians were unmoved by the change of administration, predicting that Bennett would pursue the same right-wing agenda as Netanyahu.