Mexico: Death toll rises to 35 from explosion at fireworks market 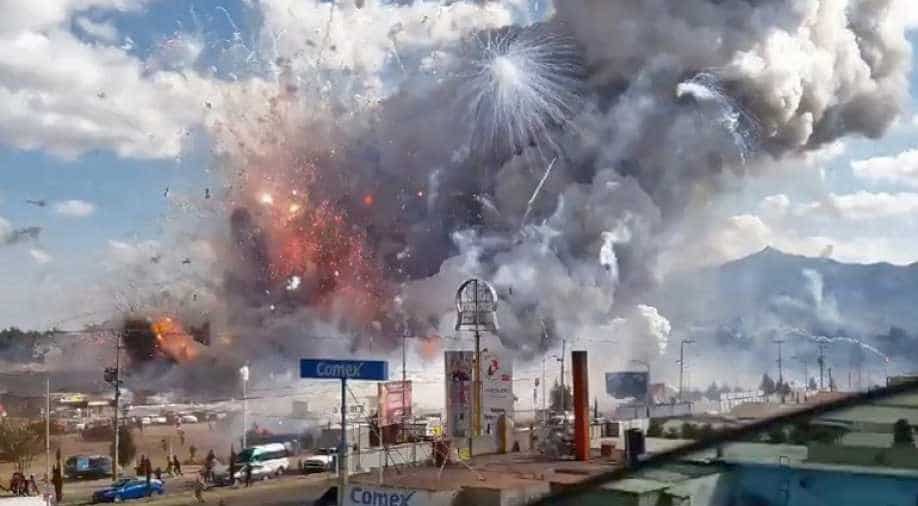 The death toll in a fiery wave of blasts at Mexico's largest fireworks market has risen to 35, authorities said on Thursday as mourners held funerals for people killed in the tragedy.

The toll rose as two females, a woman and a minor, died in the hospital, the government of the state of Mexico said.

Of the 60 hurt in the explosions Tuesday in Tultepec outside Mexico City, some remain in critical condition.

At the time of the blast, the market was packed with customers buying pyrotechnics for traditional year-end festivities.

Christmas and New Year parties in many Latin American countries often wrap up with a fireworks free-for-all.

"It is a tragedy that will mark us forever as a town. Who knows if someday God will allow us to recover," said Yolanda Ruiz, a 48-year-old nurse holding a white balloon and white flowers.

"This is a village that lives off fireworks. That was our sin, making a living off something that is dangerous," said Alicia Suarez, an elderly woman in sandals and a worn black cloak.

The investigation into the cause of the explosions continues.