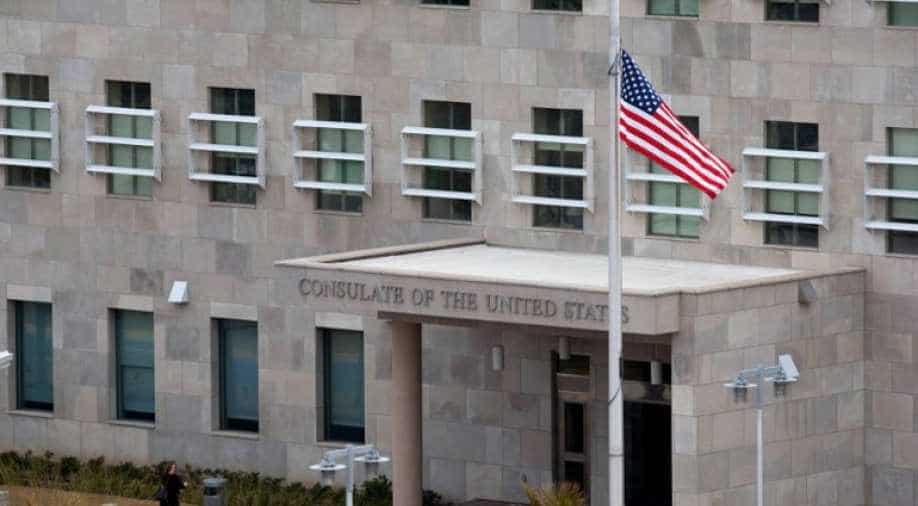 The gunman opened fire on the US consular official's car in broad daylight. Photograph:( AFP )

The alleged gunman, who shot and wounded a US consulate official in Mexico's western city of Guadalajara on Friday, has been arrested, prosecutors said on Sunday.

A special unit "detained the attacker of the consular official," the Jalisco state prosecutor's office said on Twitter.

The consular official was shot when driving out of a shopping centre's garage. The consulate posted a video on Facebook showing the shooter, dressed in blue, waiting outside a parking garage, raising his gun and firing at the car on Friday.

"According to the medical report, he is in stable condition," AFP quoted the Mexican attorney general's office as saying on Saturday.

A US government official said the American is a vice consul, AFP reported.

The FBI had offered a $20,000 reward for information about the shooter.

The latest attack prompted the US embassy to issue a security message on Saturday urging US citizens in Guadalajara to "restrict their movements outside their homes and places of work to those truly essential."

"They should also take care not to fall into predictable patterns for those movements that are essential," the message continued. "They should vary the times and routes of their movements."