Mask free and hugs: How the West is rushing towards exit from pandemic lockdowns 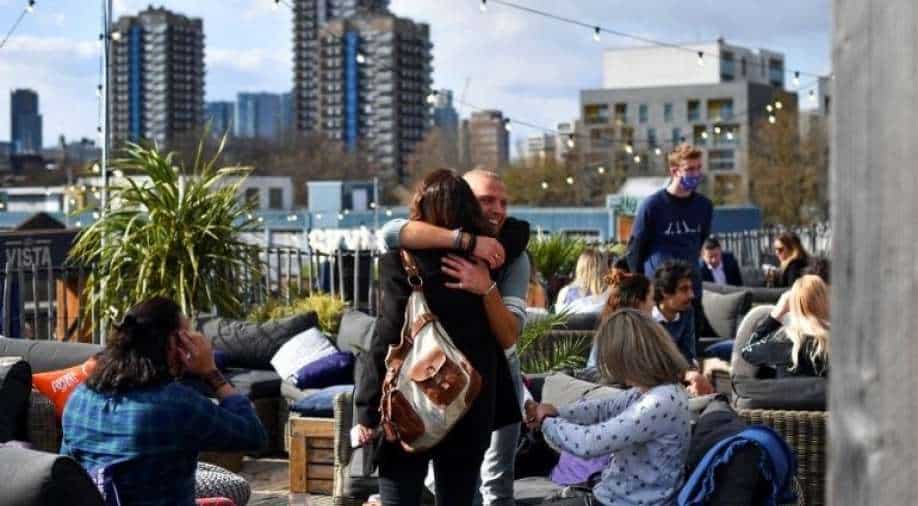 Americans can take off their masks while walking on the streets, inside restaurants, offices and most public places if they are fully vaccinated

While India struggles to shake off the virus, the developed world is taking off the masks. Locals of the US can, now, ditch the mask at most places if they have taken both the shots of a vaccine and the United Kingdom has brought in new rules for hugging.

Americans can take off their masks while walking on the streets, inside restaurants, offices and most public places. They don't need a mask if they are fully vaccinated.

Joe Biden was quick to follow the new advice from experts. Soon after they made the announcement, the US President appeared for a press conference at the White House with Vice President Kamala Harris without a mask. Some reporters were spotted without a mask too, but the rest of America is still cautious and everyone is not taking off the mask yet.

America's Centre for Disease Control (CDC) says people can stop wearing a mask in most public places but they still need to have one on if they are on a plane, in airports, trains, transit hubs and places like hospitals and doctor's offices.

The US is not the only country that's ditching the mask. Several countries in the developed world are easing their rules.

In Australia, citizens can leave the mask behind for most public places where physical distancing is possible. In neighbouring New Zealand, people need to wear the mask at just two locations: public transport and flights. Israel, too, offers the option of roaming around without a mask.

The UK has asked its citizens to keep the mask on at crowded locations, but human contact is allowed. In fact, Britain has new hugging rules that state you can hug a loved one, but conditions apply and the government calls it "a cautious hug". Hugs must be done outdoors, without face-to-face contact and it shouldn't last very long. In addition to this, if you are hugging someone who is not vaccinated, then you need to keep your mask on while doing it.

British Prime Minister Boris Johnson, who famously shook hands at the beginning of the pandemic, got infected and landed in an ICU but he now has advice on hugging.

"If you're fully vaccinated and can take your mask off, you've earned the right to do something that Americans are known for all around the world, greeting others with a smile,” Joe Biden said.

“This doesn't mean we can suddenly throw caution to the winds. In fact, more than a year into this pandemic, we all know that close contact such as hugging, is a direct way of transmitting this disease. So I urge you to think about the vulnerability of your loved ones, whether they've had a vaccine, one or two doses, and whether there has been time for that vaccine to take effect. "

Whether it is the US or the UK, rules to ditch the mask remain the same. Virus containment and vaccination with their massive vaccine stockpiles and aggressive inoculation efforts, countries in the West have found the exit from this pandemic.