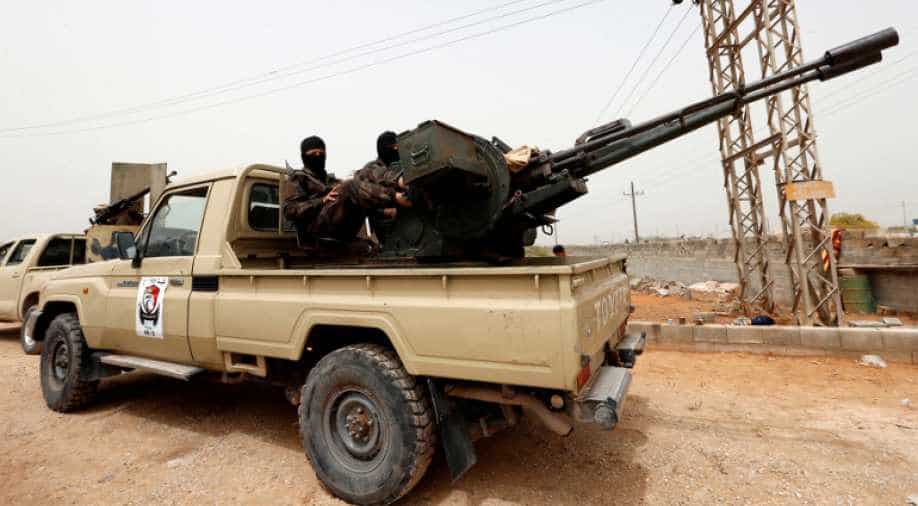 Haftar, the commander of the self-proclaimed LNA, launched an offensive on Thursday to take the capital.

The UN Security Council on Friday called on Libyan forces under Khalifa Haftar to halt their advance on Tripoli, warning the military move was putting Libya's stability at risk.

Haftar, the commander of the self-proclaimed Libyan National Army (LNA), launched an offensive on Thursday to take the capital, held by a UN-backed unity government and an array of militias.

"The members of the Security Council expressed deep concern at the military activity near Tripoli which risks Libyan stability and prospects for UN mediation and a comprehensive political solution to the crisis," he said.

The appeal for Haftar to halt his offensive was unanimously backed by the council, including Russia, which has supported the strongman.

Armed clashes broke out earlier Friday south of Tripoli between a pro-government alliance and forces loyal to Haftar, raising fears of an assault on the city.

The council expressed its intention "to hold those responsible for further conflict accountable," said Heusgen.

UN Secretary-General Antonio Guterres, who met with Haftar in Benghazi earlier, said he hoped that a "bloody confrontation" could be avoided.

Guterres was in Libya to push for a political deal on holding elections when Hafter gave the order to his forces to advance on Tripoli.

UN envoy Ghassan Salame told the council that Haftar made clear to Guterres that he had no intention of halting his campaign to take the capital, diplomats said.

Libya descended into chaos following the 2011 overthrow of Moamer Kadhafi that has seen a bitter rivalry emerge between the Tripoli-based authorities and Haftar's supporters scrambling for control in the oil-rich country.