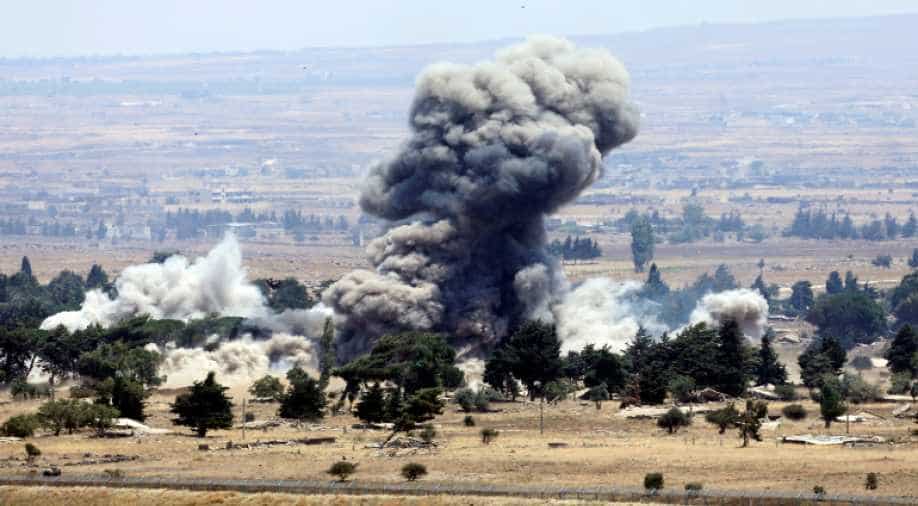 The Syrian Observatory for Human Rights said the attack took place late on Friday in the north of Hama province near the planned buffer zone around rebel-held territory in neighbouring Idlib.

Jihadists have killed at least eight Syrian government troops near a planned buffer zone around the country's last major rebel bastion, a monitor said on Saturday.

The Syrian Observatory for Human Rights said the attack took place late on Friday in the north of Hama province near the planned buffer zone around rebel-held territory in neighbouring Idlib.

The attack was led by fighters of Hayat Tahrir al-Sham, an alliance led by Syria's former Al-Qaeda branch which is the dominant force in Idlib, the Britain-based monitoring group said.

"An assault by HTS targeted a Syrian regime position on the outskirts of the de-militarised zone" and was followed by clashes in which eight regime forces were killed, Observatory chief Rami Abdel Rahman told AFP. Two jihadists also died.

The de-militarised zone was announced by rebel backer Ankara and Damascus ally Moscow in September to separate government troops from rebel fighters in Idlib and adjacent areas.

Under the deal, the rebels were supposed to have removed all heavy weapons from the buffer zone by October 10 but skirmishes have continued to pit regime forces against jihadists and other insurgents on the ground.

Rebel factions have said they withdrew their heavy weapons from the zone but HTS and other hardline groups have refused to pull out their fighters.

Idlib and some adjacent areas are the last major rebel bastion in Syria, where the Russian-backed government has in recent months retaken much of the territory it had lost since the civil war erupted.

It had threatened an assault on rebel territory around Idlib, which is home to some three million people, but the truce deal struck by Russia and Turkey averted it.

Aid organisations had warned that a fully-fledged offensive on Idlib could spark the worst humanitarian catastrophe of the civil war so far.

More than 360,000 people have been killed and millions displaced since the conflict erupted with the brutal repression of anti-government protests in 2011.