Jerome Powell promises not to take away the punch bowl 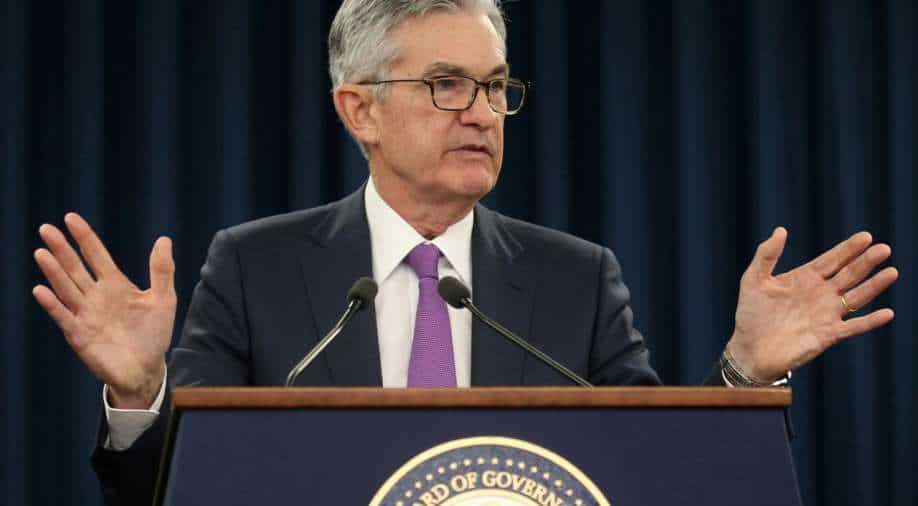 Powell, the Fed chair, was asked at a news conference Wednesday whether — in light of its forecast that the economy would recover quickly in the months ahead — it was time to “start talking about talking about” slowing the central bank’s buying of $80 billion in bonds each month.

It was once said that the governor of the Bank of England had the power to guide the behavior of Britain’s banks with the mere raise of an eyebrow. For the Federal Reserve in 2021, the equivalent may be Jerome Powell’s chuckle.

Powell, the Fed chair, was asked at a news conference Wednesday whether — in light of its forecast that the economy would recover quickly in the months ahead — it was time to “start talking about talking about” slowing the central bank’s buying of $80 billion in bonds each month.

He let out a half-laugh before answering, “Not yet.”

His dismissiveness at the idea that the Fed would even consider slowing its efforts to strengthen the economy was one of many chances he took in Wednesday’s session to convey one simple message: The central bank will not waver in its aggressive efforts to encourage growth until the economy is truly and unquestionably back to health.

It almost surely won’t be the last time he faces questions that second-guess that resolve.

If the economy evolves as Powell and most private forecasters think it will, a veritable boom will be underway later this year. As a result, he and his colleagues at the Fed would face a continuing test of their willingness to follow through on the approach they unanimously agreed to last summer. That new policy framework ended an era in which the Fed preemptively raised interest rates because falling unemployment risked future inflation.

Powell’s job Wednesday was to convince financial markets and everyone who makes economic decisions that the Fed was serious about this plan. That it won’t be swayed by all the things that, based on its history, might cause an increase in interest rates and choke off the expansion prematurely.

If prices for certain goods and services were to surge as the economy came back, it would, in this view, be a one-time bulge rather than a continuing rise in inflation to which the Fed might need to respond. The central bank’s officials now project 2.4% inflation this year, overshooting their 2% target, with a projected return to the target in 2022.

An old metaphor holds that the Fed’s job is to take away the punch bowl just as the party gets going. The official view of the central bank’s leaders now is that it has been an overly stingy host, taking away the punch bowl so quickly that parties were dreary, disappointing affairs.

The job now is to convince the world that it really will leave the punch bowl out long enough, and spiked adequately — that it will be a party worth attending. They insist punch bowl removal will be based on actual realized inebriation of the guests, not on forecasts of potential future problematic levels of drunkenness.

Powell’s dismissive chuckle was just one piece of the messaging. It was the prevailing idea that he returned to in multiple ways (emphasis added in these quotations):

“We will continue to provide the economy the support that it needs <em>for as long as it takes.”

“We’re not going to act preemptively based on forecasts for the most part, and we’re going to wait to see actual data. And I think it will take people time to adjust to that, and the only way we can really build the credibility of that is by doing it.”

“People start businesses, they reopen restaurants, the airlines will be flying again — all of those things will happen, and it will turn out to be a one-time bulge in prices, but it won’t change inflation going forward.”

The questions he faced from the press Wednesday were just the beginning of what figures to be a perennial topic whenever he or other leaders of the central bank face lawmakers, business leaders or the news media. The tone and details may vary but will all mean: “Are you sure you’re not going to start tightening the money supply?”

The questions might tie into inflationary pressures. For example, many conservatives have started to complain about rising gasoline prices. Based on the experience of past Fed leaders, Powell can expect plenty of questions about that in his next visit to Capitol Hill.

Or the questions could focus more on booming financial markets and whether the Fed needs to raise rates to rein in speculation.

Moreover, even if Powell sticks to the plan, the diffuse nature of power within the Federal Reserve System will make it easy for mixed messages to emerge. There are 12 presidents of regional Fed banks and seven governors in Washington (with one slot vacant). This means only a handful need to develop cold feet about the strategy — and start talking about it publicly — to cause markets and businesses to doubt the Fed’s commitment.

In many ways, it is the inverse of the situation that Paul Volcker faced as Fed leader in the early 1980s, as he engineered aggressive rate increases to curtail the high inflation of that era. To prevail, he had to resist pressure from fellow Fed appointees who had not fully bought into the strategy, even threatening to resign rather than lose a close vote.

The situation is certainly not that dramatic — yet — in 2021, given the unanimous vote on the new policy framework and the apparent strong majority on the committee who believe rates need to stay low.

But if history is a guide, and inflation trends and financial markets are as unpredictable in the months ahead as they have been in the recent past, it may take more than a laugh for Powell to dismiss questions from the tight-money crowd.