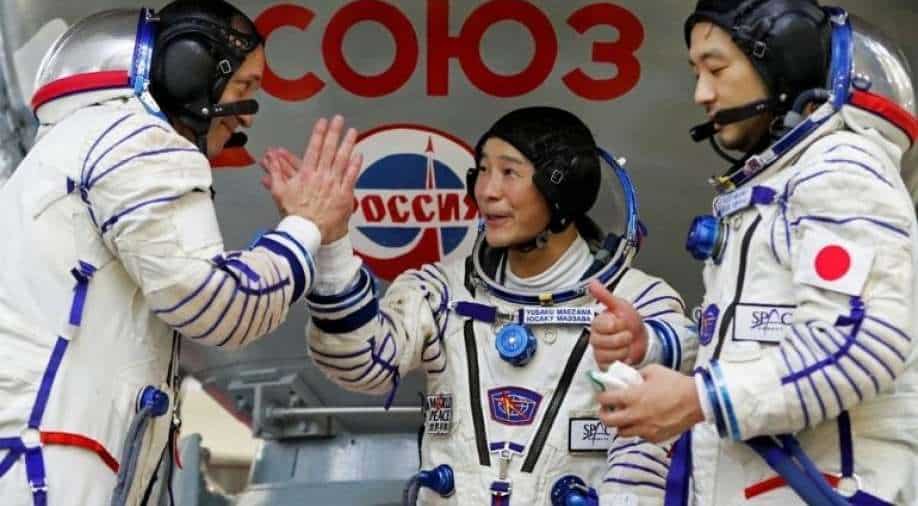 For Japanese fashion magnate Yusaku Maezawa, training in zero gravity ahead of his planned trip to space later this year was not always easy.

"I've been alive for 45 years and have not experienced anything like that. I felt awkward at first," he said via a translator at a news conference, where he appeared alongside his assistant and Russian cosmonaut Alexander Misurkin.

"I couldn't control the movement of my arms and legs. But when I got used to it a little bit, it was very pleasant," he added at the Yuri Gagarin Cosmonaut Training Center outside Moscow.

Misurkin will accompany the space tourist during a 12-day-long trip on a Russian Soyuz spacecraft, which is expected to start on December 8.

He said he was having to train for months before the flight, and that he did not feel fear or anxiety so far.

"Our inspiration is growing," he said.