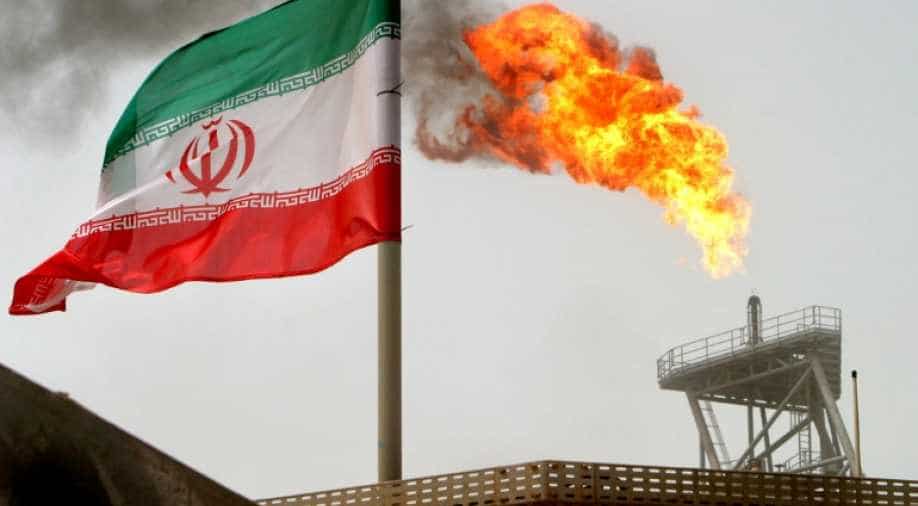 File photo: Gas flares on an oil production platform in the Soroush oil fields is seen alongside an Iranian flag in the Persian Gulf, Iran. Photograph:( Reuters )

Japan has started the process of importing Iranian oil, which was suspended due to US sanctions, the governor of Iran's central bank said on Monday.

The resumption of oil imports comes after Tokyo was granted a waiver from US sanctions that went into effect in November. Iran is the fourth-largest oil producer among the members of the Organization of the Petroleum Exporting Countries.

Iran's oil exports have fallen sharply since US President Donald Trump said in May 2018 the United States would withdraw from a pact curtailing Iran's disputed nuclear programme and reimpose sanctions on Tehran.

However, exemptions have been granted to Iran's biggest oil clients - Japan, China, India, South Korea, Taiwan, Italy, Greece and Turkey - which allow them to import some oil for another 180 days.

Iranian oil accounted for 5.3 per cent of Japan's total crude imports in 2018.