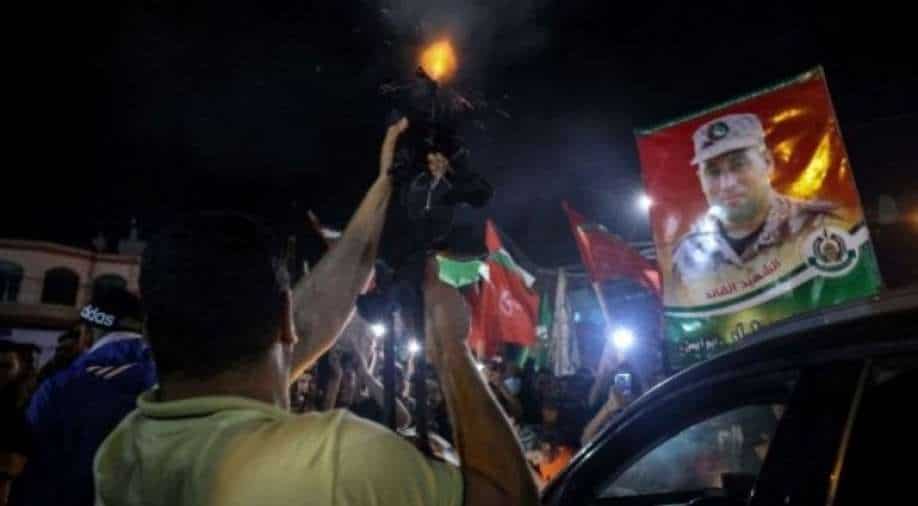 A man celebrate in the streets following a ceasefire brokered by Egypt between Israel and the ruling Islamist movement Hamas, Rafah in the southern Gaza Strip on May 21, 2021. Photograph:(AFP)
Follow Us

The development followed growing US and international pressure on both sides to call off a military operation that pounded the Gaza Strip with airstrikes.

According to reports from the scene, people poured onto the streets of Gaza, celebrating the truce which began at 2:00 am local time.

Speaking to thousands of people celebrating the ceasefire in Gaza City, a senior Hamas figure has claimed victory in the conflict with Israel, according to AFP news agency.

“This is the euphoria of victory,” said Khalil al-Hayya, the second most senior member of the group’s political bureau in the Gaza Strip. He also promised to reconstruct homes destroyed by Israeli airstrikes.

Each side said it stood ready to retaliate for any violations by the other.