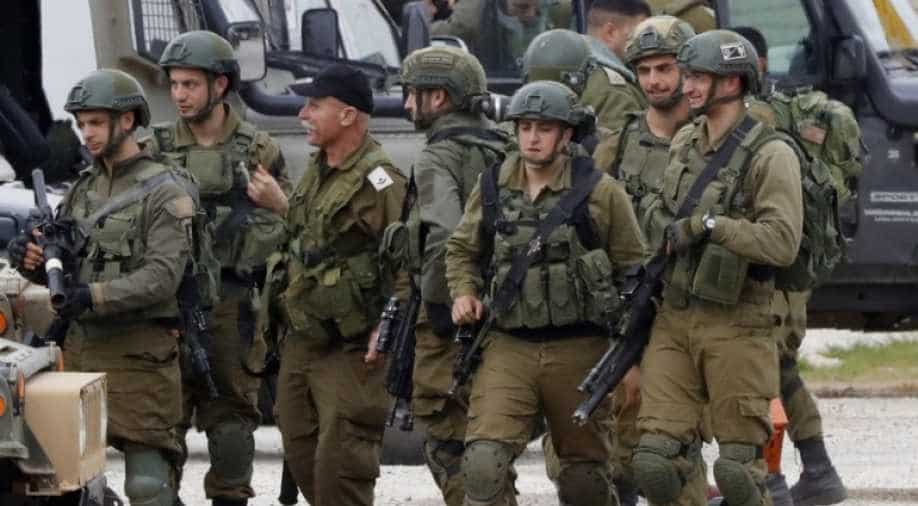 The Israeli army targeted Hamas positions in the Gaza Strip overnight in response to a drone attack from the Palestinian enclave, the military said.

The Israeli strikes late Saturday came after two days of cross-border exchanges of fire in which two Palestinian teenagers were killed.

An Egyptian delegation meanwhile arrived in the Gaza Strip on Sunday as part of efforts to keep alive a fragile truce between Hamas and Israel, a Hamas source said.

The truce was negotiated by Egyptian and UN officials with aid from Qatar to end several severe flare-ups of violence in recent months.

It said it "holds Hamas responsible for all that transpires in the Gaza Strip and emanates from it."

A security source in Gaza said Israeli "warplanes raided four positions" of the Al-Qassam Brigades, the Hamas military wing, in central and northern Gaza, causing damage but "no injuries."

According to the army, a drone launched from southern Gaza had crossed into Israeli airspace, dropped "what seems to be an explosive device" near the security fence and damaged a military vehicle before returning to Gaza.

An Israeli aircraft targeted the squad that launched the drone, but there were no injuries in that raid.

On Friday, two Palestinian teenagers were killed by Israeli fire during clashes on the Gaza border, while another 46 sustained bullet wounds, according to Gaza's health ministry.

The Israeli army said thousands of Palestinians took part in "especially violent" demonstrations along the border, with some throwing "firebombs and explosive devices" at soldiers.

Palestinians have been holding regular mass protests along the fortified border since March 2018.

The protesters have called on Israel to end its crippling siege of the coastal enclave and demanded the right to return to lands their families fled during the war that accompanied the creation of Israel in 1948.

Israel says any such return would mean its end as a Jewish state and accuses Gaza's Islamist rulers Hamas of using the protests as cover for attacks.

There have been concerns about a possible violent escalation in the run-up to Israel's September 17 general election.