I should not have been there: Top US General Mark Milley on Trump's photo-op near White House 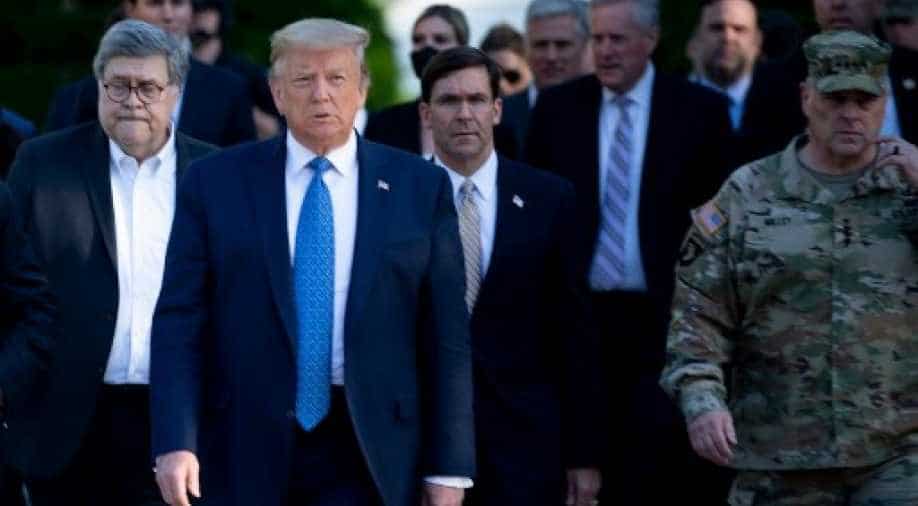 Milley said the incident 'sparked a national debate about the role of the military in civil society'.

Top US General Mark Milley said in a video message on Thursday that his presence with President Trump "created a perception of military involvement in domestic politics" in a photo-op near the White House after the area was forcefully cleared of anti-racism protesters.

General Mark Milley, the chairman of the Joint Chiefs of Staff said: "I should not have been there. My presence in that moment and in that environment created a perception of military involvement in domestic politics."

Last week Trump was seen walking with officials from the White House to pose in front of St. John's Episcopal Church while holding up a Bible after clearing anti-racism protesters who were largely demonstrating peacefully.

"We should all be proud that the vast majority of protests have been peaceful. Peaceful protests mean that American freedom is working," Milley said, adding, "We in the military will continue to protect the rights and freedoms of all American people."

The protesters were cleared from Lafayette Park between the White House and the church by police and National Guard troops with tear gas rounds. Milley was seen in full camouflage battle uniform at the White House which was widely criticised.

Secretary of Defense Mark Esper and General Milley were ordered to the White House to discuss the measures needed for using the military including the National Guards to take on the protesters.

Milley said the incident "sparked a national debate about the role of the military in civil society."