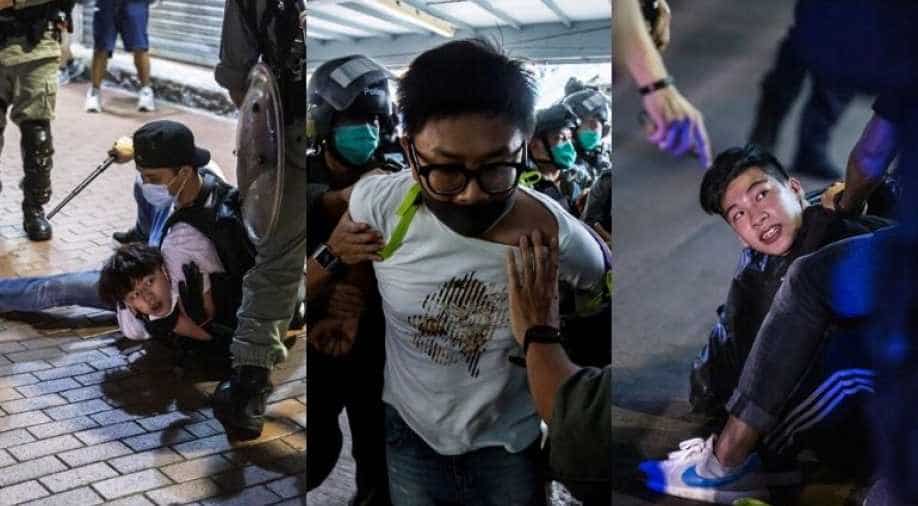 Pompeo said pro-democracy lawmakers had been 'manhandled' this week while trying to stop what he characterized as procedural irregularity by pro-Beijing legislators.

US Secretary of State Mike Pompeo said on Wednesday that recent treatment of Hong Kong pro-democracy activists made it more difficult to assess that the territory remains highly autonomous from China, a requirement for the special treatment it enjoys under american law.

Pompeo said a Congressionally mandated state department assessment as to whether the former British colony has such a degree of autonomy was still pending.

"We are closely watching what's going on there," he told a news conference.

Pompeo said pro-democracy lawmakers had been "manhandled" this week while trying to stop what he characterized as procedural irregularity by pro-Beijing legislators, and added: "leading Hong Kong activists like Martin Lee and Jimmy Lai were hauled into court. actions like these make it more difficult to assess that Hong Kong remains highly autonomous from mainland China."

The Chinese foreign ministry's office of the commissioner to Hong Kong said in a statement on Thursday that Pompeo was "blackmailing" the Hong kong Government and blatantly interfering in Beijing's internal affairs.

Pompeo announced on May 6 he was delaying the report assessing whether Hong Kong was sufficiently autonomous to warrant the special economic treatment that has helped it remain a world financial center.

He said this was to account for any actions Beijing might contemplate ahead of China's National People's Congress this Friday.

On Sunday, Pompeo said he believed China had threatened to interfere with the work of US journalists in Hong Kong, and warned Beijing that any decision impinging on hong kong's autonomy could affect the american assessment.