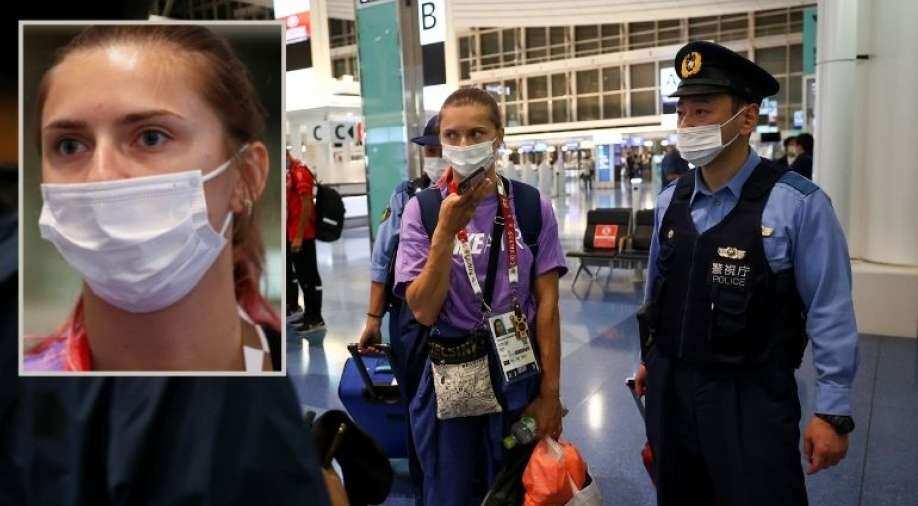 Krystsina Tsimanouskaya, the 24-year-old Olympic athlete from Belarus, flew to Poland as the country granted her a humanitarian visa after the Belarus government allegedly tried to abduct her

The Belarus Olympic athlete, Krystsina Tsimanouskaya, has finally broken the silence and said she is "happy to be in safety" in Poland now.

Krystsina Tsimanouskaya, the 24-year-old Olympic athlete from Belarus, flew to Poland as the country granted her a humanitarian visa after the Belarus government allegedly tried to abduct her.

"I am also happy to be here, happy to be in safety," Krystsina Tsimanouskaya said, adding that she was "surprised that the situation became such a political scandal because it started out as a sporting issue."

Tsimanouskaya made the headlines when she openly criticised her state-appointed Olympic coaches, which caused trouble for her in Belarus. She took to Instagram to complain about her coaches who allegedly entered her into a race without informing her.

She is also one of more than 2,000 Belarusian Olympic athletes who had signed an open letter demanding the freeing of political prisoners and had also called for fresh and fair elections.

The athlete claimed that she has been told that she will surely face severe punishments if she returns back to Belarus. It was also claimed in some media reports that Belarus officials tried to forcefully bring back Tsimanouskaya.

"I just want to pursue my sporting career," the athlete said. Her husband has also been granted a humanitarian visa by Poland, who is soon joining his wife.

She had also sheltered in Poland embassy for two nights to remain at safety from her home country's government. "My parents told me that they're saying bad things about me on television... I got a lot of bad messages but I got even more messages of support," Tsimanouskaya said.