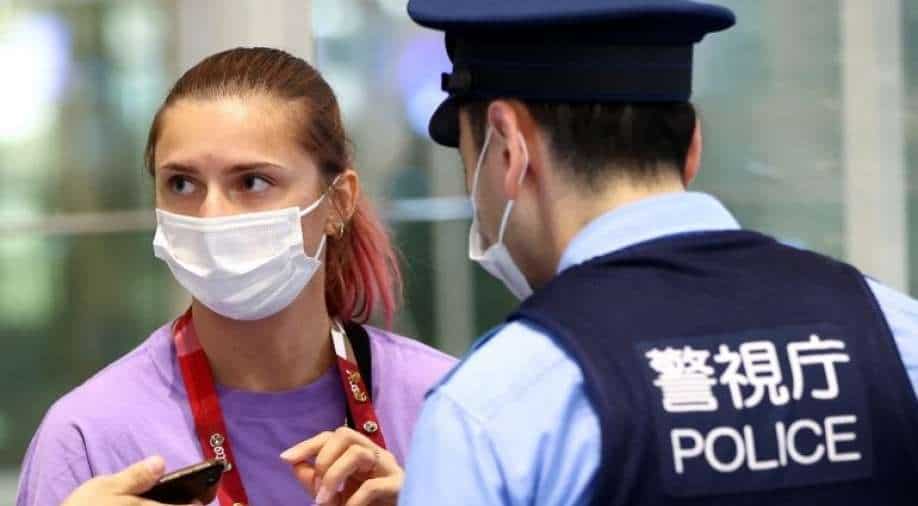 Krystsina Tsimanouskaya landed at Vienna airport after 3 pm (local time). This is reported to be a small stopover for the Olympic athlete on the way to Poland. However, no confirmation has been passed on yet on this by her team

The Polish airline LOT flight from Vienna, where she stopped over on her way from Tokyo, landed in Warsaw at 8:11pm (1811 GMT), according to the arrivals screen at Warsaw Airport.

Earlier, an Austrian plane landed at Vienna airport after 3 pm (local time). This was a small stopover for the Olympic athlete on the way to Poland. "According to our information, she is scheduled to head to Warsaw this evening," an Austrian foreign ministry spokesman told AFP earlier on Wednesday.

This news has come after Poland offered her a humanitarian visa, along with her husband. "Mrs Tsimanouskaya's husband has also just received a Polish humanitarian visa," Polish government spokesman Piotr Muller told reporters.

Krystsina Tsimanouskaya hit the news when she openly criticised her state-appointed Olympic coaches, which caused trouble for her in Belarus. She took to Instagram to complain about her coaches who allegedly entered her into a race without informing her.

She was also one of more than 2,000 Belarusian Olympic athletes who had signed an open letter demanding the freeing of political prisoners and had also called for fresh and fair elections.

After her comments, her husband, too, had to flee Belarus. He is reported to have flown to Ukraine, after which he is scheduled to meet his wife in Poland, as per media reports. The couple will, reportedly, make their permanent stop in Poland, which stands strongly against Belarus leader  Alexander Lukashenko and has become a hotspot for the majority of the dissidents.