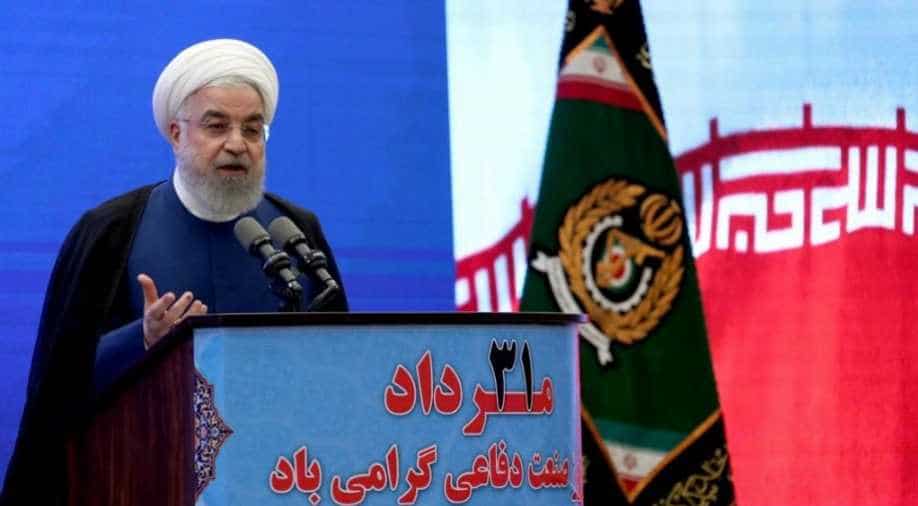 The decision came after more than three years of warnings from the Paris-based Financial Action Taskforce (FATF) urging the Islamic Republic to enact terrorist financing conventions.

The global dirty money watchdog placed Iran on its blacklist on Friday after it failed to comply with international anti-terrorism financing norms, a move that will deepen the country's isolation from financial markets.

The decision came after more than three years of warnings from the Paris-based Financial Action Taskforce (FATF) urging the Islamic Republic to either enact terrorist financing conventions or see its reprieve from the blacklist lifted and some counter-measures imposed.

"Given Iran's failure to enact the Palermo and Terrorist Financing Conventions in line with the FATF Standards, the FATF fully lifts the suspension of counter-measures and calls on its members and urges all jurisdictions to apply effective counter-measures," the group's 39 members said in a statement after a week-long plenary session.

These would entail more scrutiny of transactions with Iran, tougher external auditing of financing firms operating in the country and extra pressure on the few foreign banks and businesses still dealing with Iran.

"The consequence of (Iran's) inaction is higher costs of borrowing and isolation from the financial system," a Western diplomat told Reuters.

However, the FATF appeared to leave the door open for some engagement with Iran saying in its statement, "Countries should also be able to apply countermeasures independently of any call by the FATF to do so."

"It's a middle solution. A sort of fudge to leave the door open for the Iranians," said one of the diplomats.

Foreign businesses say Iran's compliance with FATF rules is essential if it wants to attract investors, especially since the United States reimposed sanctions on Tehran in 2018 after quitting a 2015 nuclear deal with Iran and other big powers.

Iran's leaders have been divided over the approach to the FATF.

Supporters of cooperation say it could ease foreign trade with Europe and Asia, offsetting US sanctions. Hardliners argue that passing legislation to join the FATF could hamper Iran's support for its allies, including Lebanon's Hezbollah.

Washington has since pushed a policy of "maximum pressure" on Iran, saying a broader deal should be negotiated to encompass nuclear issues, Iran's ballistic missile programme and Iranian support for proxy forces around the Middle East.

France, Britain and Germany have tried to salvage the nuclear accord but have faced growing pressure from the United States to join its efforts to isolate Iran.

"The United States was pushing for the toughest position (by FATF), while other countries like China and Russia preferred something more flexible," said a European official. "The Europeans were looking for something in between."

US sanctions have crippled Iran's economy, decimating its oil exports and largely sealing it off from the international financial system.

"Until Iran implements the measures required to address the deficiencies identified with respect to countering terrorism-financing..., the FATF will remain concerned with the terrorist financing risk emanating from Iran and the threat this poses to the international financial system," the FATF said.

Iran's action plan to meet with the FATF requirements, implemented in 2016, expired in January 2018.

In another important decision on Friday, the FATF granted Pakistan an extra four months to meet anti-terrorism financing norms, keeping Islamabad for now on its "grey list" of countries that do not adequately comply with its rules.