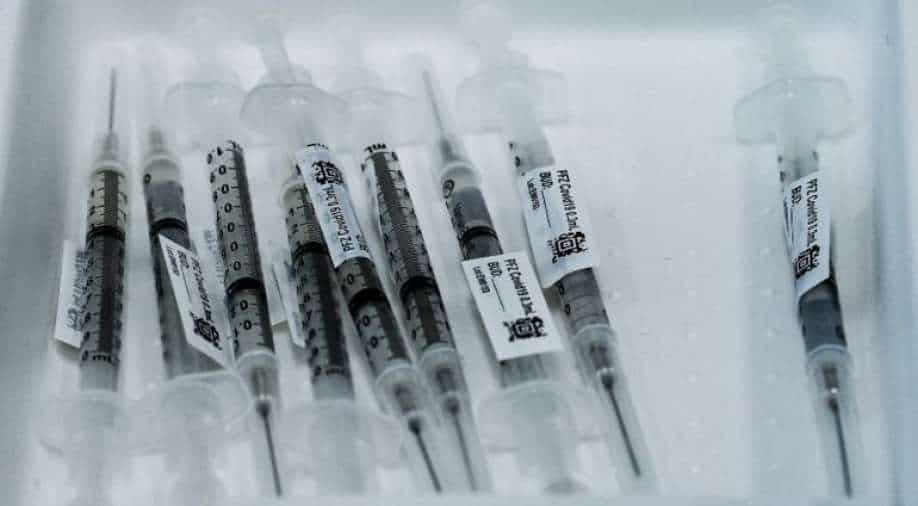 Free beer, free doughnuts, savings bonds, government officials and businesses are teaming up to encourage Americans to get vaccinated against COVID-19.

President Joe Biden wants 70 per cent of adults to have received at least one shot by Independence Day on July 4 and overcoming vaccine hesitancy is key to reaching the goal.

"We know there are millions of Americans who need a little bit of encouragement to get the shot," Biden told reporters at the White House on Tuesday.

Some 56 per cent of American adults, more than 145 million people, have received at least one dose of a COVID-19 vaccine but the pace of vaccination has been declining lately.

Federal, state and local officials are partnering with pharmacies, restaurants, breweries, supermarkets and sports teams to come up with incentives to get people to get their shots.

In New Jersey, Governor Phil Murphy launched a "Shot and a Beer" programme to encourage vaccination.

"Any New Jerseyan who gets their first vaccine dose in the month of May and takes their vaccination card to a participating brewery will receive a free beer," Murphy tweeted.

The offer is only open, of course, to residents of the "Garden State" who are over the age of 21, the legal drinking age in the United States.

In Washington, Mayor Muriel Bowser urged residents of the nation's capital to "come get vaccinated and grab a beer, on us" at the John F. Kennedy Center for the Performing Arts.

In West Virginia, Governor Jim Justice announced that the state will offer $100 savings bonds to residents aged 16 to 35 who get vaccinated.

Also read | Reaching ‘herd immunity’ is unlikely in the US, experts now believe

"Our kids today probably don't really realize just how important they are in shutting this thing down," Justice said. "I'm trying to come up with a way that's truly going to motivate them, and us, to get over the hump."

"They're not taking vaccines as fast as we'd like them to take them," Justice said. "If we really want to move the needle, we've got to get our younger people vaccinated."

In Maryland, Governor Larry Hogan said state employees who get vaccinated will receive $100.

They also must agree to receive any booster shots recommended by the US Centers for Disease Control and Prevention or they will have to reimburse the $100.

"Incentives like this are another way to reinforce the importance of getting vaccinated, and we strongly encourage businesses across the state to consider offering incentives to their workers as well," Hogan said.

Krispy Kreme is offering a free glazed doughnut to anyone who presents their COVID-19 vaccination card at one of its stores.

According to a survey conducted in March by the Kaiser Family Foundation, 25 per cent of Americans aged 18 to 29 are adopting a "wait and see" attitude towards being vaccinated.