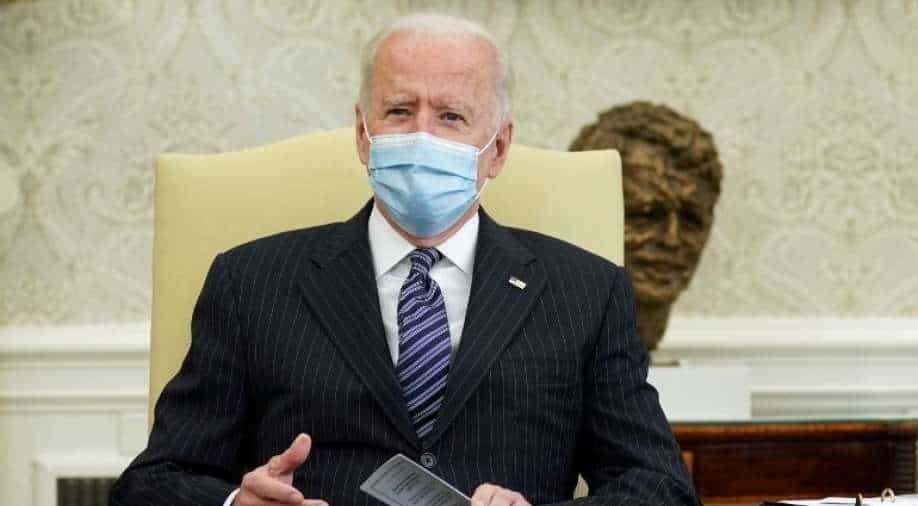 US President Joe Biden holds a bipartisan meeting on the American Jobs Plan at the White House in Washington Photograph:( Reuters )

The Biden administration will begin shifting how it allocates COVID-19 shots to states, moving doses from states with lower demand to those with stronger interest in vaccines

President Joe Biden wants 70 percent of adults in the US to have received at least one shot of the Covid-19 vaccine by the July 4 Independence Day holiday, the White House said Tuesday.

In addition to getting 70 percent at least partially vaccinated, Biden wants "160 million Americans fully vaccinated" by the same date, an official told reporters.

One senior official said reaching the target in just 60 days was "not easy but we know we can do it."

The United States is already "far ahead of where anyone thought we would be in our war" on the Covid virus, the official said.

Meeting the goal, which would mean overcoming stubborn pockets of vaccine hesitancy, will significantly change the way Americans experience their summer, another official said.

There are "going to be far less public health restrictions."

The Biden administration will begin shifting how it allocates COVID-19 shots to states, moving doses from states with lower demand to those with stronger interest in vaccines, an administration official said Tuesday.

The change away from a strict by-population allocation comes as demand for the coronavirus vaccines has dropped nationwide, but especially precipitously in some areas, with some states turning down part or all of their weekly dose allotments. The federal government will now shift some of those doses to areas with higher demand, in an effort to speed shots in those areas.

The administration says those states would have the shots available whenever demand for vaccines in their states increases a key priority of the Biden administration.

This week, Iowa turned down nearly three-quarters of the vaccine doses available to the state for next week from the federal government because demand for the shots remains weak.

Individual states have made similar shifts internally to account for changing demand. Last week, Washington state changed the way it allocates coronavirus vaccine to its counties.

Previously the state doled out supplies to counties proportionate to their populations. But Governor Jay Inslee said Thursday that the amounts now will be based on requests from health care providers.