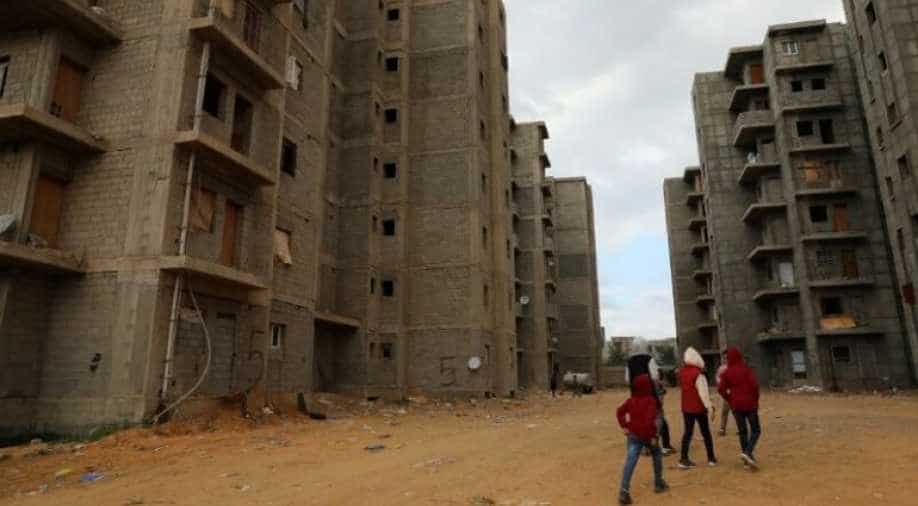 Germany and the United Nations hope to persuade Russia, Turkey, the United Arab Emirates, and Egypt to push their opposing camps to agree on a lasting truce in Tripoli, home to the internationally recognized government.

Libyan rival camps and their foreign backers will attend a summit in Berlin on Sunday to discuss ways to end a proxy war over the capital Tripoli and the oil producer, which has displaced 140,000 and now more than halved the country's crude output.

Germany and the United Nations hope to persuade Russia, Turkey, the United Arab Emirates, and Egypt to push their opposing camps to agree on a lasting truce in Tripoli, home to the internationally recognized government.

As with previous failed attempts, center stage of the one-day meeting will be occupied by eastern commander Khalifa Haftar, who in April started a campaign to take Tripoli. Western powers hope this time to put pressure on him to continue a ceasefire that has largely held for one week.

Haftar on Monday walked out on a Russo-Turkish summit, in contrast with his rival Fayez al-Serraj, the internationally recognized prime minister, who signed a lasting truce proposal put forward to both leaders.

Haftar, a former general from the regime of Muammar Gaddafi toppled in 2011, appeared confident this week when German foreign minister Heiko Maas visited him at his base outside Benghazi to ask him to come to Berlin.

He leaned back in his chair while Maas was leaning towards him to make his peace pitch, a picture from the meeting showed.

Haftar escalated the conflict on Friday when allied tribesmen shut down eastern oil ports, cutting oil production by 800,000 barrels a day. That will hit hard Tripoli, which benefits most from oil revenues.

The one-day summit, which will also bring together US Secretary of States Mike Pompeo and European and Arab leaders, will not attempt to broker a power-sharing agreement between Haftar and Serraj.

Instead, the focus is on a lasting ceasefire to restart talks.

Haftar is backed by the United Arab Emirates (UAE), Egypt, Jordan, Sudanese and Chadian fighters, and most recently Russian mercenaries, which helped him gain a bit on the Tripoli front. France has also given some support.

That has prompted Turkey to rush to Serraj's rescue by sending troops to Tripoli. Up to 2,000 fighters from Syria's civil war have also joined the battle to defend the capital, a UN official said on Saturday.

In #Berlin to engage world leaders and @UN officials to work toward ending hostilities in Libya. Thanks to #Germany for serving as host and leading this important initiative. pic.twitter.com/W8tjlO9R45

"I mean this is a region-wide conflict broadening, and looking increasingly like Syria which is why the whole international community is getting together in Germany," a senior US state department official told reporters travelling with Pompeo.

Tarek Megerisi, a policy fellow with the North Africa and Middle East program at the European Council on Foreign Relations, said there was no sign Haftar's backers were pushing him to stop the war.

"That means that obtaining a commitment to maintain this forum where all interfering actors meet in the form of follow-up committees would likely be the most valuable output Germany could achieve," he said.