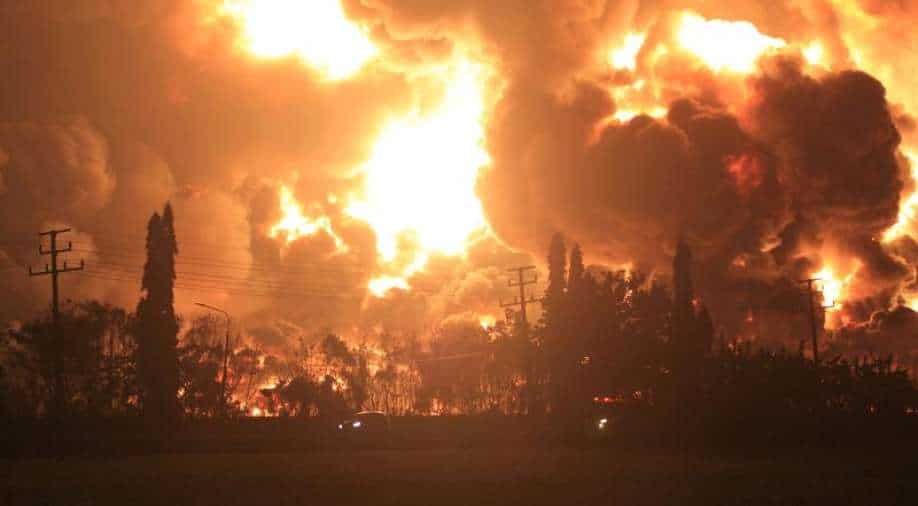 A massive fire at Indonesian state oil company Pertamina's Balongan oil refinery in West Java in Indonesia has so far injured five people and led to the evacuation of 950 nearby residents.

The company said on Monday it was trying to control the blaze.

Pertamina said in a statement the fire at the refinery, which can process 125,000 barrels per day, broke out during bad weather.

"The cause of the fire is unknown, but during the incident there was heavy rain and lightning," Pertamina said.

Five people were being treated in hospital for burns, adding that some were passing near the refinery when the fire broke out.

Television footage showed the fire still raging on Monday morning and a massive column of black smoke rising from the site, which is about 225 km (140 miles) east of the capital Jakarta.

The state oil firm said it was shutting down the refinery and conducting "oil flow control" to prevent any further spread.