Video: Brazilian DJ dies after stage collapses on him mid-concert 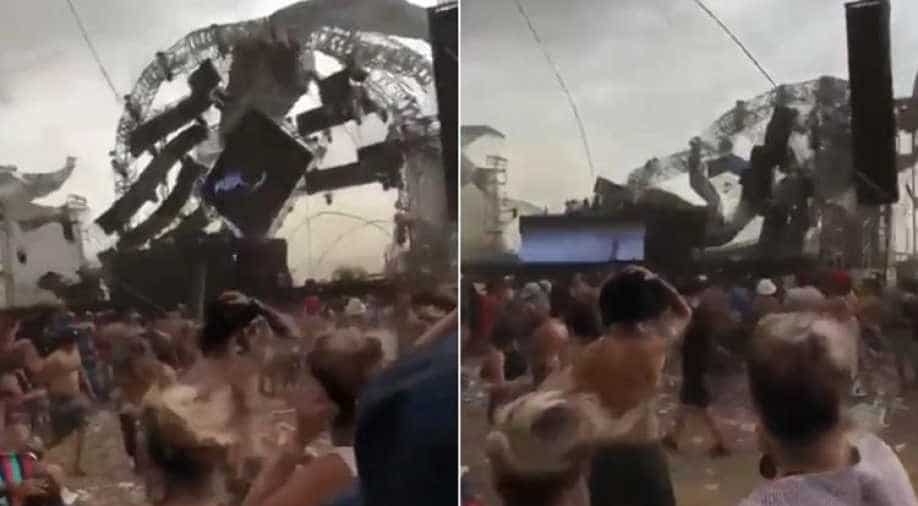 DJ Kaleb Freitas was killed on December 17 as he was playing his set. Photograph:( Twitter )

In a horrifying video that has surfaced on the internet, a Brazilian DJ was captured getting trapped under the stage as he performed at the Atmosphere dance music festival in Esteio, Brazil, on Sunday afternoon.

After a terrible storm that erupted in the area, the stage collapsed on DJ Kaleb Freitas while he was playing music for the festival attendees.

All of this was captured on fans' mobiles while they watched in horror as the entire metal structure holding the stage together fell down and struck his head.

According to local media reports, the 30-year-old was rushed to the hospital but due to severe head injuries, he was pronounced dead upon arrival. Three others at the event were injured.

The festival had almost 5000 in attendance when the incident happened.

Although the sage-collapse has been blamed on severe weather conditions, authorities are conducting a thorough investigation on the matter.

The organisers of Atmosphere dance music festival issued a statement after the horrific incident: "We always cherish the safety of our attendees, following all the processes, reports and authorizations requested by the local authorities. We lost a friend, an artist. Our priority is to assist the wounded and their families."

Kaleb Freitas had been very excited about the event and he even took to his Instagram profile to announce his performance at the festival: