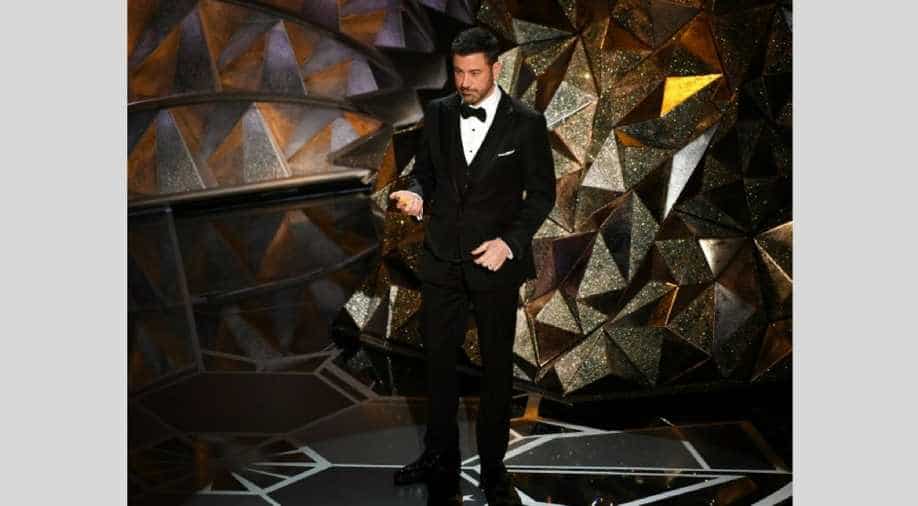 As the stars made way to the main event, he spoke about Harvey Weinstein scandal along with other things in his opening monologue. He said, Weinstein's downfall following dozens of allegations of sexual misconduct "was long overdue," along with the demise of numerous other celebrities caught up in the scandal. Catch all the live updates here on Oscars.

Kimmel continued: "We can't let bad behaviour slide anymore. The world is watching us. We need to set an example. And the truth is if we are successful here if we can work together to stop sexual harassment in the workplace, if we can do that, women will only have to deal with harassment all the time at every other place they go."

He also spoke about the work and effort of #MeToo and Time's Up campaigns against sexual misconduct and gender inequality, pointing out that only 11 percent of movies are made by women.

He said, "We will always remember this year as the year men screwed up so badly, women started dating fish" in reference to del Toro's "The Shape of Water."

As for awards, "Three Billboards Outside Ebbing, Missouri" is top-runner for the most prestigious prize although Guillermo del Toro's romance film "The Shape of Water" leads with 13 nominations.

Watch him open the Oscars night: