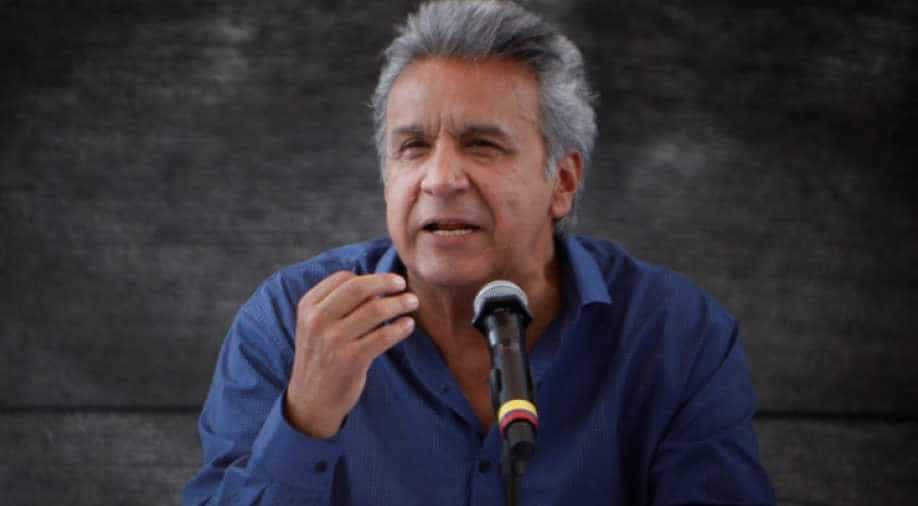 Lenin Moreno, the President of Ecuador recently apologised for his earlier comments about victims of sexual assault.

He had said that women complain about harassment only when the perpetrators are ''ugly''.

During a speech on Friday in the port city of Guayaquil, Moreno claimed that men faced denouncement for harassment, and claimed that ''at times, with harassment, they torment ugly people''.

"That is to say, that the harassment is when it comes from an ugly person," he added. "But if the person looks good according to the standards, they tend not to think necessarily that it is harassment."

The words of the president infuriated people on social media and invited scorn from women's right activists.

"We, men, at permanently risk of the danger of being accused of harassment. Harassment. And I see that women, many times, denounce harassment, that's true, and it's good that they do so. But at times, with harassment, they torment ugly people. That is to say, that the harassment is when it comes from an ugly person. But if the person looks good according to the standards, they tend not to think necessarily that it is harassment. And at my age, it would not be harassment, but sexual harassment", the president said.

The congresswoman of the ruling party, Soleda Buendía alluded to the comment on Twitter and said that ''Moreno justifies and reproduces violence against women. You can't joke about harassment, rape, femicide, trafficking, sexual exploitation.... Nothing justifies expressions that revictimise us!

The Women for Change, an equal rights organisation added to the conversation. ''It is not that everything now looks to women like harassment, it is that to machos like you it has never seemed bad to harass!'', they tweeted.

After facing backlash online, Moreno seeked an apology on Twitter and wrote, ''In my comment about harassment, I did not intend to minimize such a grave topic as violence or abuses. I apologise if it was understood that way. I reject violence against women in all forms!''

To solve 3 cold cases, this small US county got a DNA crash course