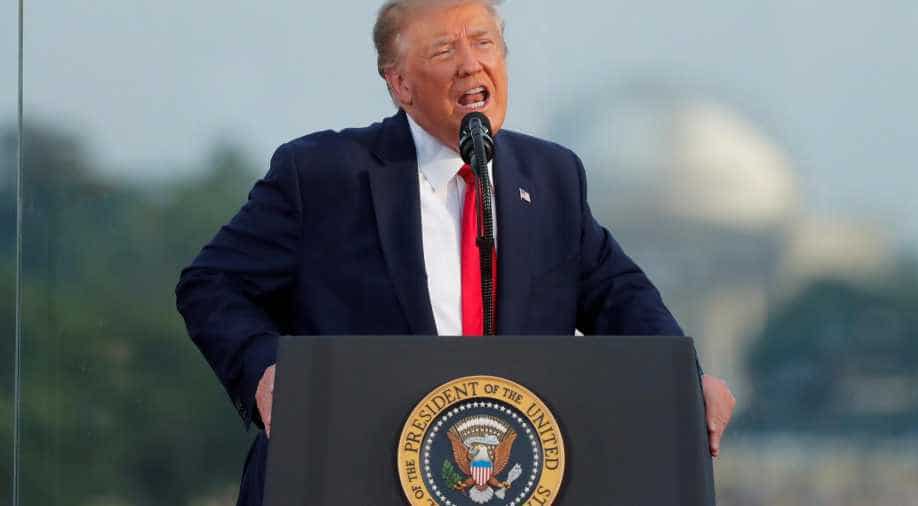 Following a lot of criticism for Tulsa rally last month, US President Donald Trump will conduct an outdoor campaign rally in New Hampshire, his team announced on Sunday.

The "Make America Great Again" rally will be held on July 11 in Portsmouth, his campaign team said in a statement, reported AFP.

It also said all attendees would be provided "ample access to hand sanitiser" and face masks that "they are strongly encouraged to wear".

Earlier, the US president held a rally on June 20 in Tulsa, Oklahoma, which was severely criticised as coronavirus prevention measures, such as social distancing and wearing a face mask were flouted.

Despite Trump's claims of over a million people requesting tickets for Tulsa rally, images showed the stadium filled less than a third of its capacity.

Trump is facing severe backlash in the US due to his response to the coronavirus outbreak and anti-racism protests and is trailing for weeks behind his Democratic presidential rival Joe Biden.

Though there are calls to keep caution while interpreting poll trends, experts have noted that Biden's lead over Trump is far more than Hillary Clinton had against Trump at this point ahead of the 2016 polls.